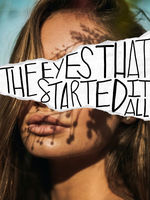 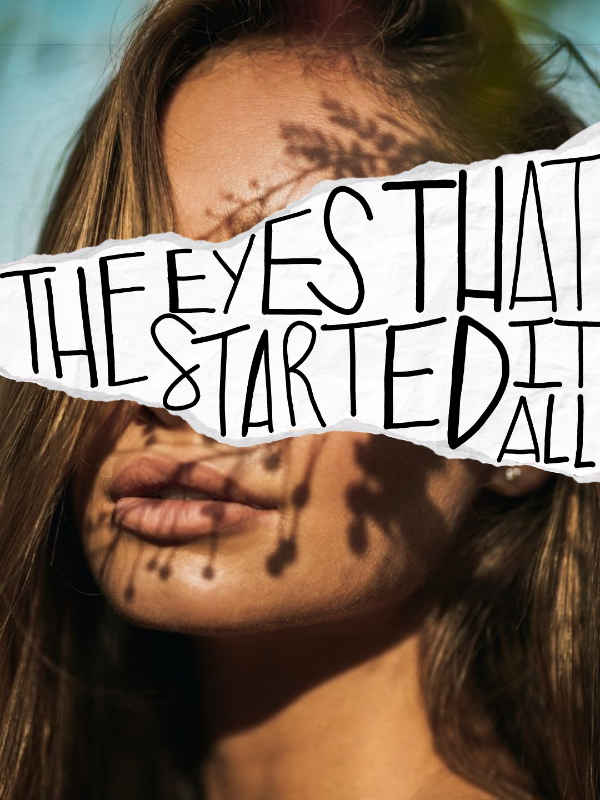 The Eyes that Started it All

The doors burst open as the nurses push the hospital bed into the emergency room. Lying on the bed is a boy, pale-faced, and cold. His clothes are wet and transparent that embraced his skinny body.

"We will inform you later, sir," the nurse said encouragingly to the old man in his fifties.

"Save my son" he said sternly before the nurse nodded at him and closed the doors.

Mr. Tevin let out a deep sigh trying to be calm in this kind of situation. He knew his son is stubborn and usually put himself in trouble but, he least expected him to end up this way.

"Dad!" he looked up and saw his son, Navy, running towards him. When Navy stopped, he saw how agitated his father is.

"What happened to Cassian?" he asked with a worried look on his face.

Mr. Tevin did not seem to dare to meet the eyes of his son, so he just answered him right away without looking at him.

"Your brother drowned himself in the pool."

Navy's face instantly fell down and they both went silent. He can't help but think about what was going on in Cassian's mind before he drowned himself. He knew he is having a hard time. He always knew his problems because they always have each other's' back.

'I should have done something' a voice that came from the back of his mind said. He cannot hold it in any longer. He feels as if he failed as a big brother. But he shouldn't be blaming himself. Instead, he must be strong for his little brother. Just now, he is hoping that he will be okay.

"How did you know about this?" Mr. Tevin asked.

"Rita told me as soon as I got home from school," Navy answered.

"When she mentioned Cassian was brought to the hospital, I didn't ask her any more questions." He's still dressed in his uniform, and his hair appears to have been blown by the wind.

"Your brother is too close to giving me a heart attack," Mr. Tevin said as he sat down on the bench.

"I can take calls from his school but a call from the hospital?" he paused. "No" he continued, shaking his head.

"Cassian is such a troublemaker" he added, sounding annoyed.

Navy sat beside him and pat his shoulder. "He's gonna be ok dad" he comforted.

Mr. Tevin turned his head to look at his son. His face suddenly softened at the sight of him. He can see dark circles around his eyes, probably because he had been busy preparing for his final exams.

"He should be, but you should get some rest, Navy" Mr. Tevin said using his fatherly voice.

"No, dad. I will stay with you and we will wait for him." Navy's voice was sincere which is enough to lessen the heaviness on his chest and the recurring worst thoughts on his mind. He's grateful that he has a son who can help him calm down, though, it reminded him of his late beloved wife.

Mr. Tevin rested his hands on Navy's nape and gently gripped it. His son gave him a reassuring smile and he did the same too.

It was already 8:30 in the evening, an hour after Cassian was rushed to the hospital. The nurse told them that he is already fine and that he just needs some rest. Mr. Tevin and Navy felt like a thorn was plucked out from their bodies when they heard the nurse's announcement.

When the nurses left, Mr. Tevin and Navy entered the emergency room. They walked towards his bed and saw that he was already awake. He is leaning on the headboard with his face still looking pale.

"Cassian" Mr. Tevin said but the boy didn't look up. His head remained down and he didn't even utter a single word.

"Cassian" he repeated but he just pulled his legs and hide his arms between them.

Mr. Tevin gently squeezed his eyes, he doesn't want his impatience to take him over. He wants to comfort him and ask him everything. But how will he do that if the boy is not paying attention to him?

Navy cleared his throat. "You alright now, bud?" he asked.

Surprisingly, Cassian nodded his head, but still, he didn't turn his head to look up. Mr. Tevin and Navy shared a look and sighed.

"I'm sorry" both of them turned their heads at the same time when they suddenly heard Cassian speak.

He is playing innocently with his tiny fingers. A habit of him that they had always observed whenever he did something wrong.

"It was not an accident" he mumbled slowly.

"We know," Mr. Tevin said that made Cassian look up at him as if he was caught sneaking out.

"How did you know dad?" he asked with a slight surprise in his voice.

"Cassian" Mr. Tevin moved to sit beside him and caressed his damp hair. "You are a good swimmer."

Cassian stared at his eyes for a while. They were serious but filled with care. He felt glad he doesn't have to explain everything in detail because they already knew before he could tell. When he feels that he can see right through him, he looked away.

"I wasn't thinking right. I thought if I drown myself, I might forget everything that hurts me." Cassian said straightforwardly that suddenly made him feel ashamed pointing out his actions.

"It was a reckless thing to do. I tried to kill myself and now I realized that" he stammered and looked in the eyes of them who are waiting for him to continue.

There's a certain relief he felt at that moment. He couldn't believe he is also capable of saying those words like it's just natural for him to say it. After all, Cassian always shows his naughty and stubborn side. Sometimes he curses at everything and nags a lot.

But the two important people in his life are here with him now. Mr. Tevin is not his biological father and Navy is not also his brother by blood but he felt like they are his true family. He knows his own story—he can memorize every detail of it—even those people who had let him down.

Mr. Tevin was touched by what he just heard from his son. He pulled him closer to him while Navy just stand there watching them.

"If there's bothering you just tell us" Mr. Tevin assured.

"I'm okay now dad and there's Navy who knows all of my problems" Cassian talked to his father casually.

Mr. Tevin frowned at him. "All? He knows all?" he repeated in disbelief. "I'm your dad you should share them with me." Mr. Tevin released him in his arms, his annoyance is consuming him again.

"You only talk about the boys you've fought with." Mr. Tevin raised his voice.

Navy snorted and Cassian seemed like he is about to laugh. Until they can't hold it back anymore and laugh their ass off.

"This is unfair!" Mr. Tevin grumbled. His sons watching him overflowed with irritation is hilarious entertainment to them. Their teasing laughter filled their father's ears whose face is now completely dark.

Then suddenly, Cassian's laugh lowered and eventually stopped when he shifted his gaze to the room next to him. Navy said something but it became unclear because he was so focused on the nurses preparing the apparatus for the patient.

They are not crowding her in so he has a clear view of the patient. He cannot believe what he just saw, he can see that her eyes are covered with cloth that is stained by her maroon-colored blood.

He blinked a few times to see if he's seeing right.

'The blood is spilling out from her eyes.'

He agreed with his own thought. The nurses gathered around her that's why he cannot see her lower body anymore. When he blinked once again, the curtains fell blocking his view.

"Cassian?" he turned his head instantly when he heard Navy called his name. Mr. Tevin is also looking at him waiting for him to respond.

"What do you want to eat?" Navy asked grinning.

The question made him forgot the scene he just witnessed. Just by hearing the word 'eat' he felt his stomach thundered. He clutched his belly and smiled when he thought of his favorite meal.

So that's the prologue! I'll post the chapter 1 soon :) #spirityyy21