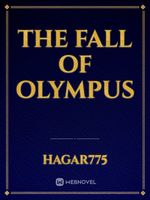 The Fall of Olympus

Over the last century, society has begun denouncing the gods. They're tired of giving offerings after years of drought and scraping by as most of the people starve. The main cause is that humanity has grown too densely populated, and struggles to supply resources. Monsters continue to plague mankind, and they no longer feared approaching the cities for they noticed how frail humanity was in this era. To many civilians, and every day fewer soldiers. Soldiers are barely capable of keeping the major cities protected.

People would pray to the gods, and demand that Zeus help in their plight. Zeus became angry that they would make demands after he has given humanity so much. So he abandoned the humans to chaos in the hopes it would bring back the worship. The years passed on, and no one prayed. So Zeus ordered that all gods must stay out of the realm of men, for they forsaken him so why should he lift a finger. A lot of gods did not agree with this but didn't dare to question Zeus out of fear of retribution.

Some demigods could no longer stand by because some of them have learned to love humans for the mortal realm was once their home. So they left Olympus defying Zeus. He forbade them from ever returning to Olympus. They quickly went into action pushing back the monsters allowing humanity to establish footholds in the major cities. After a time they managed to almost wipe them out completely, but some managed to escape, and no longer dared to step out of the shadows. After this triumph humanity no longer feels like they need "Old Gods".

As temples burn all around Greece, and sacred sites being desecrated the fall of the Gods began. The reason they were able to maintain immortality was due to the prayers they received. Rapidly they could all feel the centuries of fatigue and wear setting on them. They had a year at most. The mortal realm became aware of this, and some believed it was time to overthrow Olympus. Some gods all though weakened wanted to go out fighting protecting Olympus. The other gods decided to venture into the world, and die among humans enjoying a normal life. A handful of gods wanted to ensure the protection of humanity, and balance in the world after they perished. Zeus, Poseidon, and Hades however could not be found.

Artemis the goddess of the wild, and the hunt wanted to ensure that humanity would survive. The reason for this is because even in the darkest of times when most people rejected the gods. Some still prayed to her while giving their lives fighting to protect innocents. She stood by while it happened to obey her father, but it's her deepest regret. So she began teaching a handful of humans she deemed worthy in ways to hunt the monsters if they ever returned, with the weapons that are available to men. She never wanted humanity to be helpless again.

Hecate also believed in the cause of Artemis and began teaching magic to three brothers. The oldest brother was taught the importance of light, the second was taught the necessity for dark for one of them can't exist without the other, and she taught the youngest balance for if one were to ever outweigh the other chaos would surely begin again. They learned to meditate under the light of the moon, and draw from the power she once had domain over. They were able to store this energy in themselves and call upon it to manipulate the elements. These are the first human magic users. They went out into the world to teach others the way.

Hades began to leave the underworld finally for the sole purpose of siring as many offspring as he could before death. This was no act of lust or love. It was solely out of duty to keep a balance in the world. For when he's gone someone must watch over the souls in the underworld, and keep guard of Tartarus for there are some things that must stay sealed even after the gods pass.

Poseidon gathered the children he had even some who marched on the destruction of Olympus. He told them he was proud of their actions and only stood by in loyalty to his brother. That facing down Ares, and the other gods who fought so hard to protect the gates took courage. He conveyed his hopes for their future, and that they would help guide humanity better than they did.

Zeus was visiting other parts of the world he usually avoided. He wishes to see how humanity fared in places he left out of his control. He began to remember what he once loved about humans, and started to realize the error in his ways. Maybe he could've shown more leniency instead of rage in certain moments in his life. Nothing could be changed now the time was coming for the gods. Soon it would be the turn for demigods to reign supreme, and maybe they would take things in a better direction than he did. He decided to visit the grey ones for a prophecy of life in the future. What he heard left him distraught, and panicked. He immediately left and used the last bit of his power to leave a chance for the world to survive before turning into ash.

The monsters who barely escaped with their lives began to notice that in the battles they managed to kill handfuls of demigods, and for the first time devoured the flesh of them. This caused a change in their bodies they wouldn't have expected. It allowed them to grow in power stronger than they ever were in the past. They still feared the gods so some of the races found ways to use this newfound power to take on human shapes, and blended with the humans. Now they find ways to hunt in secret. Over time they began to breed with humans due to a lack of numbers. The result of this was the bloodlines becoming deluded. The same fate fell upon the bloodlines of the gods.

After the fall of Greece to Rome, most monsters and demigods spread out all across the globe since they no longer had their home. The students of Hecate and Artemis left long before Greece fell to begin their promises to their benefactors. Some of the demigods decided to live out the lives of humans because they found it calming. For after all the years of turmoil they can finally rest.

The monsters that hunters managed to confirm to take human form, and blend into human society are the following. Sphinx,lamia,sirens,chimera,harpy,embusa,scylla,cetea, and the phoenix. Some of the hunters trained by Artemis began tracking the monsters. Exposing them when they found them, and attempting to wipe them out. After a few centuries of the last known demigod who could still wield powers had passed. People got to the point where their origins of gods were seen as fairy tales to many.

The hunters also began to think they had completed their job of weeding out the individuals hiding among humanity, and their descendants. They now began focusing on those who couldn't hide their forms. Then something that some say can only be explained as evolution happened, or how some others would call it fate.

A Series of children began being born. At the age of puberty, an awakening would happen. Something dormant in their blood came forward and helped save them in a life-threatening moment. Some could shatter boulders with immense strength, and others could wield unique powers at the flick of their fingertips. Strange horror stories of children being born who one day turned into monsters, and slaughtered their families began surfacing. These were stories linked to the awakening of the dormant powers of the monsters which are now referred to as Tera. The others were the new generation of gods. Very few people awoke these bloodlines. Even entire family trees can be clean for centuries then one day a descendant will awaken. No pattern can be found for these births; they almost seem random. This is a story about these children.