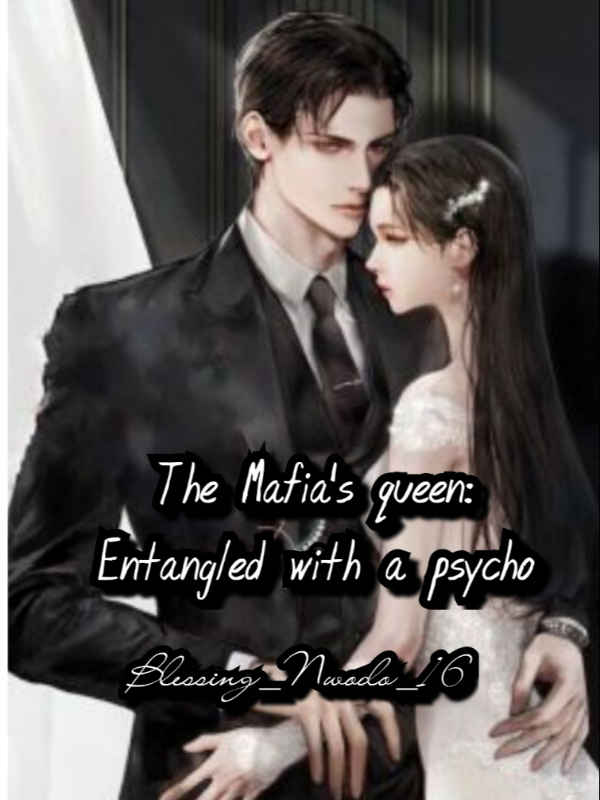 The Mafia's queen: Entangled with a psycho.

It was 6:00pm that evening. It was getting dark, cold and most especially lonely. The sun was setting, making way for the night. The clouds were getting darker and it looked like it was going to rain. Becca stood there in the cemetery with a bunch of flowers in her hand. She shivered as the cold breeze caressed her face. Her green eyes shone like they were made of stars and her long black hair danced in the wind.

She wore a long sleeve blouse, with a figure hugging knee-length skirt, dressed in all black. She didn't only look beautiful but also very sexy, sexy enough to have men spraining their necks while turning to look at her. Her jaw dropping hourglass figure, flawless smooth skin and soft kissable lips coupled with her foxy green eyes made her look so goddamn alluring. So irresistible.

Beautiful and happy on the outside but dead on the inside. Her heart surrounded by tall walls of ice to keep people out. To prevent her from being vulnerable again.

Standing with a bunch of flowers in her hand in front of a grave stone, with RIP Amanda Lee Charter written on it. Amanda, her mother, who died six years ago in a car accident with her husband, Daniel and their only child together, Lisa. She stood there, frozen to the spot, staring at her mother's grave which was right next to her stepfather's and sister's. She felt a tear drop roll down her cheek. Wiping it off, she tried to compose herself but all her attempts failed as tears kept rolling down her cheeks, silently sobbing. The pain still fresh as ever in her heart, not that it would ever lessen. The pain got even worse each passing year.

She sat on the lush grass as her legs didn't have the strength to support her anymore. It had been six years since her mother died. Six years since she lost her but it still felt like yesterday when she received the news of her mother's tragic accident. She remembers it all too well, she was eighteen and in college when she got the call from her auntie Elsa. Her auntie sounded devastated and helpless over the phone. she had also heard the voice of her cousin Raven, trying to calm her mother down.

She couldn't think straight anymore at that time, with her thoughts being shredded into pieces of mumbo jumbo, not really understanding anything then. Tears rolled down her face and her phone fell through her fingers with the screen cracking in the process. She remembered feeling like she was locked in a dark room, with the atmosphere becoming unbearably stuffy. Making it very difficult to breathe. She had cried and mourned for her mother and sister for so long that she became trapped in her own sorrow. She became a shadow of the person she once was; happy, friendly and social.

She started shutting her doors to people, pushing them all away. All her friends abandoned her just like she wanted except two, Navaya and Kyle, who chose to stay with her even though she started acting like a little bitch.

They stood by her despite how hard she pushed them away, how harsh and cold she treated them. They still stayed, never leaving her side even once, caring for her all the way.