The Marriage of an Esteemed Supreme Healer, a Noble Ruler - Fantasy Romance

/ Fantasy Romance / The Marriage of an Esteemed Supreme Healer, a Noble Ruler 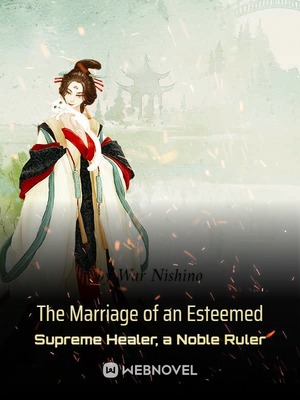 The Marriage of an Esteemed Supreme Healer, a Noble Ruler MESHNR

Fantasy Romance 14 chs / week This is the average realized release rate over the past 30 days. The translator’s schedule is 14 chs / week. 221 Chapters 1M Views

In her previous life, she was the esteemed princess destined to be worshipped by everyone. However, she ultimately burns herself to death when she is betrayed on the eve of her wedding day!
She is reborn into a declining aristocratic family as a loser and forgotten daughter. While she leads a life full of bullying and suffering, the ones who had hurt her before are already enjoying the glory of the world at the top!
Once reborn, the phoenix dances to the nine heavens, taming magical beasts, strengthening her force, and dictating life and death of gods and humans as the master healer. To those who betrayed and humiliated her, she swears a hundred-fold return on them for the torture she suffered!
…
His Highness, Prince Li, is frail and gentle. As the Night King who holds the world in his hands, he gives everything up for the sake of one person. To his only love, he promises her a life with eternal peace and joy.
…
She thinks her journey would be filled with blood and tears, but she doesn’t know that what awaits her is a long-premeditated lifetime of love and prosperity!
One little drama along the way…
At first, everyone advised, “Your Highness, the forgotten daughter of the Chu family is unworthy of you!”
Later, everyone mocked, “The frail Prince will never be a worthy match to the Princess destined for greatness!”
In the end, everyone sighed sorrowfully, “Why? Is she really worth it?”
He simply smiled. “I will follow her even if she is in the clouds; if she turns into dust, I will follow suit, too. For her, nothing was bitter in our previous lives; our remaining years will be full of sweetness.