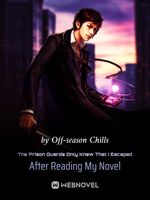 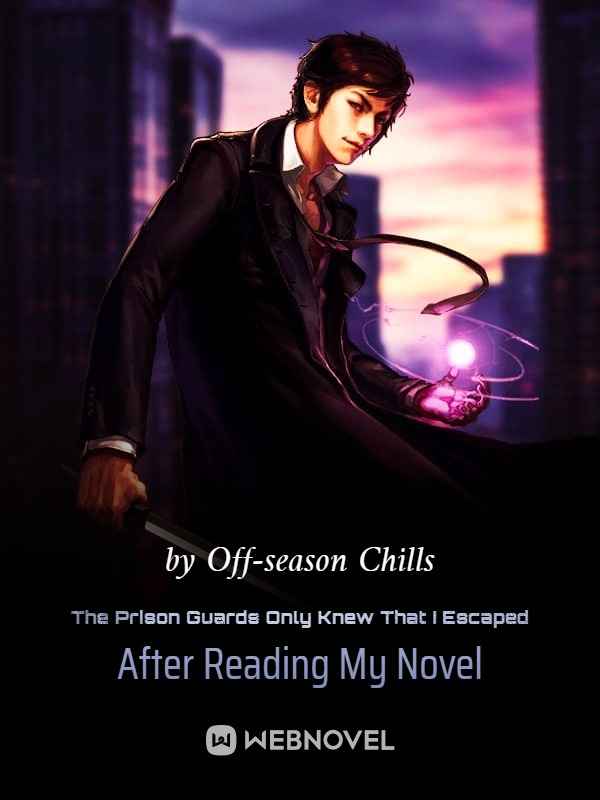 The clock had just struck midnight, and the Chicago prison, which was known as the largest prison in the United States, was silent.

Andre's sharp eyes were fixed on the dark ceiling.

Waiting for a message.

Not long after, a familiar system notification sounded in Andre's mind.

"The system has detected a prisoner who has successfully escaped from prison.

"The host has obtained a Super Gift Pack. Please confirm if you would like to open it."

Andre chose to open it without hesitation.

Ding! "Congratulations, host, for increasing your IQ by 10 points."

Ding! "Congratulations, host, for increasing your stamina by 10 points."

"Host's stats panel has been updated."

"Reminder to the host, one person has successfully escaped from prison. You can upload the novel directly on the Internet through the system.

"Reminder to the host, the escaped prisoner has successfully done so for one day. You will receive one random draw.

"Reminder to the host, three people have escaped from prison. You will receive a divine grand prize."

After the system notification ended, Andre sat up abruptly.

He felt his body become lighter and the strength in his arms become stronger.

Then, Andre opened the system's interface again and looked at the skill that he had just been rewarded with, the divine tracking skill.

[Identity]: The eldest grandson and first heir to the commerce family, the Xiaos.

[Prison Skills]: R*ped and killed world-famous model, Anna and was sentenced to life in prison.

[Prison Escapee Real-time Location]: On the second bench to the left of Humboldt Park's south gate in Chicago.

After reading up on the latest skills Andre was still a little shocked.

The system was so powerful that it could even detect an escaped prisoner's location in real time.

Andrei was an online writer, and he was writing a novel about prison life, focusing on how prisoners spent their days in the slammer.

The title of the novel was "Prison Situation".

In fact, the book should have been completed three months ago.

However, when he reached the final part, where he was supposed to detail an escape, he found that he could not write a word.

As an honest man, he could not understand life in prison.

So, three months ago, he made an insane decision.

He had come up with a detailed plan, spent a lot of money to hide his personal information using hackers, deleted his personal photos on the Internet, and personally sent himself to the Chicago Correctional Center. That prison was said to be the largest one in the United States.

The day he was sent to prison, he unexpectedly obtained a system, a prison system.

The prison system was very interesting; it actually allowed Andre to select a prisoner in its database and help the prisoner escape.

Andre thought, maybe the prisoner selected by the system had been wrongfully accused?

If not, perhaps the system would reward him with great benefits after the prisoner escaped?

Both had been Andre's guesses, and it would not be difficult to verify them.

There was now a prisoner who had successfully escaped from prison.

Andre could directly contact the escaped prisoner through the system later.

But, my god, the escaped prisoner named Sean was also a rich second generation.

The Xiao family's hold in commerce was spread all over the United States. Being first in line to the family's empire, could this Sean really be out of his mind? He had caught, r*ped, and tortured a world-famous model! As if that was not enough, he even killed her?!

Andre felt that something fishy was going on, and he planned to write everything in his novel.

He knew very well that he would not stay in prison for long, because in order to experience "life" in prison, he had deliberately crashed into a public facility while he had driven under the influence of alcohol. As a result, he had been sentenced to a year in prison.

Currently, he had served three months of his sentence.

During his time in prison, he had received an IQ boost through the system, which allowed him to accurately remember the prison guards' patterns...

The physical characteristics of each prison guard...

The movement sequence of their fingers when they changed the cell code...

The layout of the entire prison...

Even the personal habits of the prison delivery driver...

Everything was recorded in his book.

When he opened the system again, Andre wanted to experiment with a new feature that allowed him to post the recorded text to the Internet.

After some manipulation, he updated his novel, which had been on hold for three months.

The final chapter of the popular best-seller, "Prison Situation" had just been updated, but all the major forums and social media platforms had followed it in no time. Plus, retweeted discussions were growing rapidly.

The top 10 trending topics on Twitter were all about the final chapter of "Prison Situation.".

Chicago Cow: What?! "Prison Situation" has really been updated. I thought certain parties were intimidating the author and he didn't dare to update the novel anymore."

Gunslinger: I heard that the author of the book personally went to prison to experience life there.

Timberwolf: Don't be ridiculous. Would you go to prison and live out a sentence just to write a book?

Turkey: Haha, this is great. The number one prison in the United States has been slapped in the face.

I Only Love Doughnuts: Support the author of this book and overthrow the rotten justice system. When you don't change, he will make you change!

The popularity of the search continues to rise, and it seems that the situation is far from the peak.

Those who had already been waiting in anticipation immediately downloaded "Prison Situation" to read.

A large number of readers were impressed by the description of the prison break because it was too real and shocking.

After they read it, every reader felt like they had experienced a prison break.

The intense and exciting process of the escape gripped the readers' hearts the entire time.

At this time, a prison guard in the Chicago Correctional Center had just started his shift and made a cup of coffee. He then casually scrolled through the trending topics in a recliner.

Due to his work, he quickly clicked on the link and entered the novel's website.

After that, he quickly read it while he drank coffee and ridiculed the story.

"You want to escape from prison just like that? Anyone can write a book these days. It's hilarious."

The prison guard scrolled through the pages faster and soon reached the end of the newly updated chapter. The prisoner had successfully escaped from prison.

The entire process of the prison break had been described in detail. The more the prison guard looked at it, the more frightened he became.

His pupils contracted, and his heart dropped.

The coffee cup in his hand fell to the ground.

The novel was about their prison!

Could it be that a prisoner had really escaped?

The prison guard quickly rushed out of the duty room. As he ran, he shouted for the other prison guards in the area.

Ten minutes later, all the prison guards checked every cell.

All the prisoners seemed to be in their own cells. Just as the prison guards felt relieved, one of them suddenly shouted for help. He had found a prison guard who was shocked and wearing a prison uniform.

Through the number on the prison uniform, they quickly found out that it belonged to a prisoner who was locked in solitary confinement.

A large number of guards later rushed to the holding cell and were horrified to discover that the prisoner held there had disappeared.