Read The Shadow I live With - Chapter 1 online 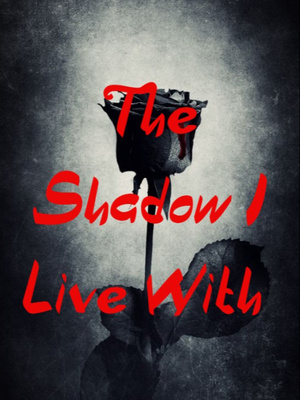 The Shadow I live With

The town I live in isn't an ordinary one. It's quite larger than a town, if you ask me. But it isn't an important one. In fact, I'm pretty sure it isn't even on the world map.

I think the reason is because of how wrecked this place is. Trashed and disgusting. A quarter of them criminals and thugs. Only a few you can call the 'rich guys' but they're just frauds. And then there are the normal people. The ones who have no idea what's wrong with the town. They're the ones who feel like this place is perfect.

You can say I belong to this second group. I live with...my father. He owns a motel. It's basically my home. The first floor is the reception, but at the back is a long corridor that leads to an apartment. That's my home. The other floors are just rooms for the people who come to stay.

Our neighbor towns and villages call this place cursed.

They're just rumors. It isn't always raining here. Mostly, sure. But sometimes, a lie is all you need to draw yourself to the truth.

But I agree when they say it's dangerous here.

Every month, someone - and it doesn't matter if it's a kid, woman, man or even old people - disappears. Always at the end of the month.

Everyone's used to it now. They just stay extra vigilant. I want to tell them that it doesn't matter if you stay precarious or not. It can happen to anyone. Anyone at all.

An ordinary man. An oblivious man. A stupid, stupid man.

Many people come here to 'discover' the truth. Like this man. They're journalists or reporters.

I want to tell them.

My town isn't exactly a place for a vacation.

"Hey kid," The man calls out behind me, "You sure you know where we're going?"

I look back at him with a smile, "Of course. The motel's right around the corner."

He nods as he continues to walk.

Every step he takes, he snaps away with his camera. Taking pictures of the streets and the people.

What's he going to write about us? I wonder. What does he see when he takes these pictures? Is it something I can't? Because I don't find this place special.

"Good evening, Joey." Says a lady who walks past us. I nod slightly in response. I don't know her. But she probably knows my dad.

My...father is a famous person. The only person to own a motel. But that's not the only reason why he's well-known:

"He's the kindest person of them all. Always helps others no matter what. Whenever a fight breaks off, he's the one to stop it. He helps the ones in need. He's so friendly. He's an absolute angel from the sky."

"People don't seem that bad over here." The man grins, watching the townsfolk smiling at me.

I stop in front of a garden. Looking down at the flower beds. Searching for the one I need.

"What's wrong?" The man asks me, curious at the way I was looking at the roses.

I reach down tugging hard to pluck one which is darker than the others, ignoring how the thorns are pressing down my fingers.

"Gosh." The man frowns, looking at the blood on my hand with wide eyes. "You okay?"

I wipe it off with my pants, clutching the rose in my hands.

I look at him and then motion my head towards our right, at a building.

The man smiles. "Thanks kid. I really needed a place to stay in here."

"I mean this is the only motel in the town." I shrug.

He raises his eyebrows, but then smiles knowingly, "Ohhh, right. Isn't this Mr. Miller's place? I heard folks talking about that guy."

"What makes you think I led you all the way here?" I ask.

"That explains a lot." He mutters. "Anyway, would you help me with the bags? I'll pay ya."

I sigh, grabbing one of his suitcases, "I don't need money."

I lead him inside the motel, the bell rings as soon as I push the door to reveal a dark hall with a few light bulbs hanging from the ceiling.

The man shakes his head, scratching at his beard, "It'll do. I just want the key to my room. I'm exhausted from all that travelling."

"You need to check in first." I say, walking to the counter, placing the rose inside the drawer and taking out a register.

I instruct him to sign here and there and after sometime, we're done. It's a simple process.

"This place sure is lonely." The man chuckles, "Am I the only one here?"

I hold my breath for while, scanning for the key for his room in the shelves behind me. "What can I say? It's the end of the month..."

He doesn't say anything after that, just gaping around.

"Quite an old place." He says to himself. "No elevator either huh?"

A few minutes later, I hand him the key.

He smiles, "Thanks, kid." He peers down at his bags.

"I'll grab them for you." I offer reluctantly.

I heave a little when I pick them up. What the hell does he put in them? Clothes aren't meant to be that heavy.

I don't care the least.

"Thanks again." The man says, taking his stuff from me when we reach the front of his room.

I nod. My heart starting to thud a little.

"Good night, then." He says, stepping inside. The room is dark. Dark enough for a person to easily stand there without being seen...

I close the door.

I take out a key from my pant's pocket.

I slowly lock the door.

"Hey, kid?" The man yells from the other side. "I can't seem to find the light switch! Can you help me?"

I start backing away from the door.

The man keeps on turning the door knob.

But how can you do that when you have a fake key?

"I'm sorry..." I whisper. But I'm so used to saying these words that they come out emotionless.

I hear a clatter as the man turns. Turns to face... him.

A nightmare. A psycho.

"Wh-who's there?" The man stutters.

"It's nothing personal..." I keep going like I always do at these times.

He'll never find out who's in the room. He won't let him.

There's a scream of hesitation, the man realizing that something isn't right.

He starts banging at the door.

This is the last place he'll ever be in.

I turn away from the horrors that'll happen to him, going downstairs.

I close my eyes, breathing out, "This is just the way I survive."

For the people who read 'they fall apart':

Like i said, the character names are the same and I've stopped writing 'they fall apart'. This is what the real story i had in mind. Hope you like it.

And tell me what you think about it.