Chapter One : The Modern’s Witch Club - The Soulmates' of the Modern Witch - Chapter 1 by mille27 full book limited free 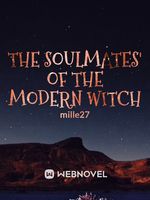 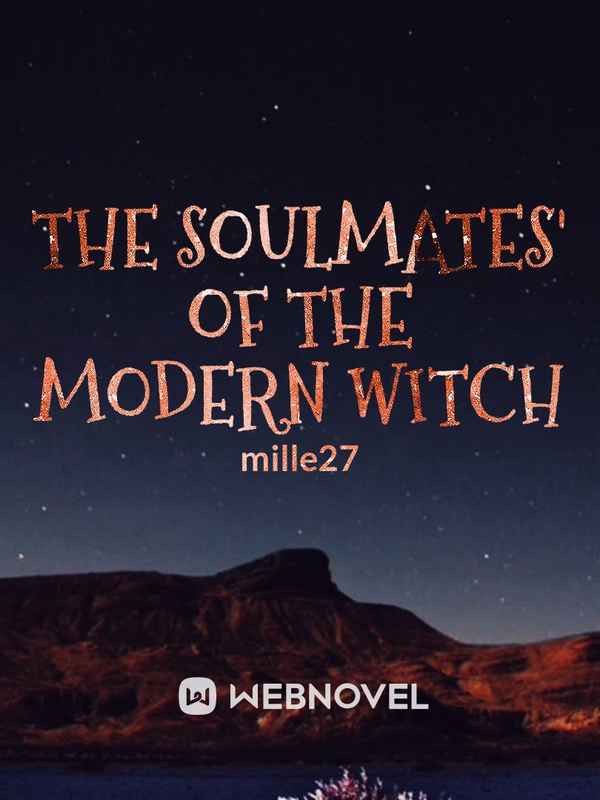 The Soulmates' of the Modern Witch

"Diana, hurry! we're getting late!" Ceil urged Diana to keep her speed up.

"Gladly we made it—!" Ceil sighs in relief.

"Augh! No, no I forgot...the form." Diana suddenly panicked and searched inside her bag.

"To submit at the campus's club…" Diana sarcasm reply.

"A Club where anyone could join, by filling up the form." Diana was getting annoyed.

"Ah yes, I know. Besides that, I mean, what's the name of the club? Not the party right?" Ceil redirects her question.

"Ah no it's not about bar hopping or party going." Diana was still searching for her form registration and began to calm herself a bit.

"Well the club's name is The Akashi." Diana continues.

"Is that from Naruto in anime? You know shuriken, jutsu, scroll, and other things like that?" Ceil excitedly asked, in thought might find a cosplayer.

'No. It's a spiritual research.' Diana gave up looking.

"We can go later after the third period. Maybe they have the form there." Ceil assures Diana it's alright.

"No, how I wrote my words is more important than getting a new one." Diana's adamantly the idea.

"Why is it? I am shook." Ceil cannot believe Diana's response.

"Well, I wrote pretty long sentences about why I would like to join." Diana embarrassingly tells Ceil how that long answer is important.

"Woah, that's intense to be in the club and I am starting to think about what to look after class."Ceil got interested in why she would get that far.

'Come on cheer up! We'll get it tomorrow."Ceil again assures Diana it will be alright.

"Okay, hope it's still open." Diana in hopes joining in.

And the day has come. Ceil tagged along with Diana, that she excitedly went straight to the club and searched for someone who can accommodate her joining the club.

While Ceil wondering around, there's something that caught her attention a room that filled of smelled herbs in a cauldron that are still smoking. Then she found a black book that carves in like roots of trees and symbols like zodiacs and unfamiliar shapes. Ceil proceed to enter the room and notice there's a pentagram with a circle was hanging above the doorway and looking up the ceiling was decorated by a the center moon and two of crescent moon at each side.

There's a pair of twigs laying at a cabinet that looks like an altar. There were herbs in jar glasses and candles like skulls thus intimidating statues and dried flowers hanging upside down.

"A cold yet empathic tap over my shoulder." Ceil froze from the touch.

"How was the tour?" Professor asked.

"Ah ma'am, it's interesting I say yet it's weird and cool." Ceil retracting from shock.

"Oh, don't worry you are welcome to come here whenever you want if it feeds your interest.'"Professor gives a welcoming smile, while walking towards her table, arranging her books.

"I hope you have not opened my books." Professor stern voice.

"Oh! no ma'am, I haven't open any of them". Ceil nervously waves a retreating gesture.

"That's good, but if you are still interested you may learn from it, and I am glad to teach some of them." Professor reassured it's at least everything is fine.

"Wishing I did not." Ceil secretly denying.

Ceil was shaken by the professor's claimed.

"Is she for real? How does she know eventually I will?." Ceil cannot believe it was if the professor was a mind reader.

Ceil, thanking the professor for taking a time with her and awkwardly exiting the door.

Professor Perrin smirk at herself. "Hmm, I haven't got her name."

"I can't believe how she would know I might get an interest? Yes I do love Naruto, Gintama, Son Goku and Ichigo." Ceil self talks about her encounter with a professor's club.

"Would I transition into some witch practices when I am only interested in anime and animation?" Ceil still struggled with the thought that might not be impossible.

"I have been so fascinated when an animation comes out and teaches a lesson I did not catch up if it's reality or is it an illusion of myself." Ceil battling on her belief.

"Hey, Ceil!" Diana ran towards her.

"Where have you been? I got into The Akashi club. Did you join a club somewhere?"Diana asked.

"No, but I found something weird and a creepy Lady."Ceil relates her nerve-wracking encounter earlier.

"Oh, maybe you found Miss. Perrin." Diana seems to know who Ceil was talking about.

"Miss Perrin? Did you know her?" Ceil was astonished by what Diana said.

"Oh I do know her, she's what others called the modern witch." Diana was precise at her acclaimed information from Ms. Perrin.

"Modern witch? Witch... WITCH!!! Will she bewitching me?" Ceil is a bit scared but excitedly wants to know more.

"Oh no, no, she will just might curse you in the process. Unless you hadn't pissed her off. She is also an introvert and mysterious in her style." In Ceil's thought, Ms. Perrin indeed had a weird vibe but has a sophisticated style.

"Yeah she's beautiful as it seems everyone knew her as a Witch woman. Does anyone try to burn her?" A worried turn over Ceil had felt.

"Surprisingly no one did that nor threaten her because of how her style and intelligence she had tells she's in her stable mind." Diana tried recalling but the idea of burning someone is a criminal case for human rights today. Considering it's immorality tradition.

"She isn't the person who had those bones and skulls of animals. She only uses herbs, glass containers, flowers, crystals, candles in all colors and sort of books she journaling which, mostly in black covers with such unique carved like tree roots." Diana reassure among the belief the witch was ill will, Ms. Perrin is different, a good witch in terms from bad amongst calling deaths. A healer herself everyone might call her.

"She is a professor here in art and literature. She is really popular with male teachers and students of hers, but has never seen her with someone." Diana's added claimed.

"Have you known each other?" Ceil questions her in mind that they are relatives, for getting much information.

"No, but we bumped like everyday because she is my older sister's professor last year and she found her do creepy. It's one sunny day in the classroom, an angry ravens sprung against the windows, with no particular reason. Then, she did some casting spells with lightning, a candle, incense, salt water and wrote something on a piece of paper and put it against the window then she was like whispering words, and it's all had just stopped at the exact moment she had finished her mutters while facing the birds. She had this kit that was always with her, something like what girls scouts do in camping." Diana relates her sister's experience from strange occurrences.

" She might be that creepy but she does have good cool things, crafty lady doing her things." Diana assures Ceil it is cooler than never.

"Then the room that I have been in, is her club? The witch club." Ceil recalls.

"Maybe or maybe not. Some say whoever found the club might have talents and are curious or you have been bewitched by her. Other words she had put a love potion on you secretly." Diana is having fun teasing Ceil.

"Seriously at this time? No wonder she was single, and maybe she was into women." Ceil cannot believe Diana teasing her from the idea.

"You never knew unless you started a conversation with her." She's teasing Ceil again.

"Other than Diana said, I wouldn't really know unless I have met her before." Ceil thinking Diana might be right.

Ceil starred as she gazed from her window, the favorite spot she had ever since the classes started. She suddenly saw a familiar figure from the distance where in the shades there was "Ms. Perrin" she thought. She's so pretty why haven't I noticed it before. Why would someone like her bewitched me if we only met or so she was stalking me at all times.

"I cannot tell when, will I eventually choose that path like her. But, the feeling I have was exciting, hoping whatever comes tomorrow it's now and the rest is history." Ceil's calming her thoughts while dazing outside the window.

"Ceil on earth—hello?" Diana calls Ceil while zoning off to paradise dream.

"What—!" Ceil finally heard Diana out from paradise dream with sheep and unicorns.

"The class is dismissed. What are you looking at in the window?" Diana informed her surroundings.Diana, then joined Ceil what she was looking through the window.

"Is there someone you had a crush on?" Diana teased.

"No. Not in a million years I could have." Ceil disclaims Diana's question.

"Then don't zone out, a vampire might catch you off guard." Diana teasing Ceil at the disclaim response.

Have some idea about my story? Comment it and let me know. Thank you!