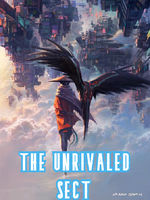 I had been battling in my whole life or to say life was all about battle, it took me 28 years just to reach the peak, but it was still far from ending, I had spent all my life in the world of Martial Arts.

From a boy who was bullied to a great man who is feared, becoming famous by fighting other people, I had earned the title of the strongest fighter in the world, remembering my young days, it was really thrilling.

Fighting made my blood boil, my soul tremble, I joined many well-known professions such as boxing, taekwondo, judo and many more, standing on the highest building in the world looking at the window, I sighed.

It was all in the past, now that I was feared no more was looking to fight me, there are some challengers who came to fight me but they end up sleeping in a single punch, I also have students and they all had become well-known figures but it was not enough to satisfy me.

Being successful was really not easy, once you reach the peak someone will pull you down, I'm the only person in this room and no one was allowed to enter but right now the door was opening.

A man wearing a hood entered, I smiled, not because this man was a friend or anything, I don't know him, but seeing his movement alone I can see that this man is an assassin, the man pulled out a gun from his waist and pointed it on me.

Sigh, so I will die? I had already fulfilled all of my bucket lists, everything felt slow, like what will you see on a movie, many had already tried to claim for my life, fate must be telling me to resign.

I looked at the man pointing the gun at me and the bullet that was slowly moving on, 'Badump' i heard my heartbeat, my blood was boiling, "Like hell, I will die like this" I roared on top of my lungs and immediately dodged to the side at great speed.

The bullet went passed me, with my feet kicking the ground, my body immediately launched into the man at great speed, we are 5 meters apart, to an expert like me a second was enough, but it seems like the assassin had some capabilities, I as the strongest fighter in the world had already surpassed the human limits but it seems like this assassin was on par with me.

The assassin another shot two bullets, it was aimed at my shoulder and thighs, it seems like this assassin likes to torture first, I sped up more and then leaped up making a twist in the air, beautifully dodging the bullets, hehe this old man is still fit you know.

I landed in front of the assassin and immediately sent a fist on his face, the punch is very fast and it sounded like an atomic bomb was being dropped.

The man actually got to dodge, he tumbled at the last second and evaded my punch, but he still got injured, that was a strong punch, only hitting the air but creating a booming sound, the shockwave will, of course, affect the assassin.

I am pretty proud of my strength and speed, I looked at the assassin who was holding his left arm, which was bleeding, Aiyo! the shockwave fractured his arm, just as I was about to walk close to him, I felt my head tingle, my instincts were telling me that there is a danger.

I immediately ducked just then the vase that was beside me broke, there was a sniper, how the hell? this was the highest building in the world! I looked outside the window and saw a helicopter, damn!.

I immediately rolled around and picked up the table with one hand, I immediately threw it to the helicopter outside, with that 'Boom' a sonic boom, like a clap of thunder it was launched stronger than a tank.

In just a second the table reached the helicopter and made it blow up, but it was not the end yet, I heard footsteps outside the door, I immediately rushed to the door and kicked it.

The door was sent flying with a man behind it, with my reflexes I immediately reacted fast and picked up the man close to me, they had rifles, what the hell, I used the man as a shield, and it was like the enemy didn't care about ally, they immediately fired their guns.

Thank goodness the man I picked up was wearing a bulletproof vest, it was enough for me to charge at the enemies, and wreaked havoc, I will pick someone using my left arm and throw them to the enemies, the bullets can't reach me with the meatshield in front of me that I was holding.

It took me just a few seconds to slaughter them all, I was panting, damn my back, it hurts.

I felt a pain stabbing behind, turning around I saw the hooded man holding a gun, I totally forgot about this guy, blood was coming out of my mouth, I wiped it with my hands, and smiled, "Heh" I smirked then with all my strength, I punch the ground.

The Building shooked and cracks started appearing in the ground, remember that we are on the highest floor of the highest building in the World, there was only one reason why many were trying to claim my life and that is this building, I built it using my blood and sweat and you want it for free? Keep dreaming.

The building started collapsing and I was buried with a smile on my face.

Outside the building, many people saw the tallest building in the world collapsed, It was said that on that day, the building was closed and only the Strongest Fighter in the World was there at that time, it took a month before the people found the bodies.

I slowly closed my eyes and muttered "Thank You"

I don't know what came out to me to make this book, but ill only update this when I feel like it.