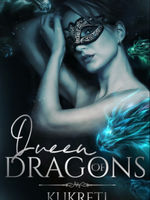 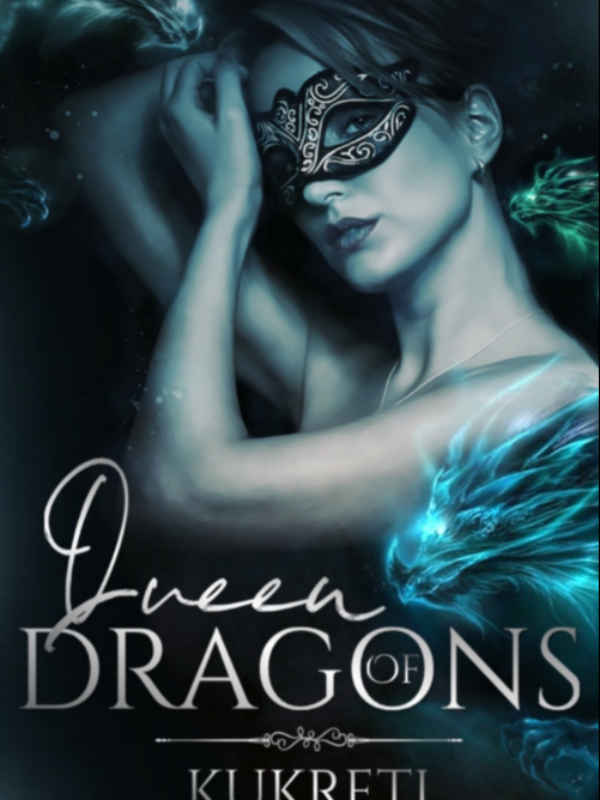 The Veiled Queen Of Dragons

Andriette had been captive in her own palace for 20 years, she endured relentless hate from her family because of her illegitimacy. She was never allowed to leave her chambers or play like a normal child.

For the outside world she was a princess of noble status but in reality she was a prisoner who was being punished of her mother's adultery.

After spending 20 years staring from the windows she finally had the permission to leave her chamber in the hope of new beginnings but before she could rejoice her independence the king forced her do the unthinkable, to marry a man twice her age.

She was told, marriages between the royals were never out of love it was always about negotiations and profits. Mostly women were used as an object to form alliance between two kingdom in exchange of their freedom and independence.

But Andriette was not ready to sacrifice herself again so she fled far away from the castle just to run into a mysterious man, he was cold and rough at the same time his embrace was warm and soothing but world was not as simple as she saw from her closed castle windows. Every step she took led her life to drastic turn from blood sucking vampires to fire emitting dragons, from love to heart breaking betrayals.

"By any chance my Lord, would you consider sleeping with me tonight?" Andriette asked him without any hesitation, her determined eyes locked with his eyes that were filled with confusion and curiousity. "And by sleeping I meant making love to me . . . so will you do it?" She added after taking a long breath.

Taken aback by the princess's ill-mannered request Theodor looked at her in surprise. He didn't knew what to except from this woman, she was a one tough human woman he ever came across in his life, she had a strong mind but a fragile heart and when a woman like her chose such extreme majors to survive then why not help her. "If that's what you desire your highness then your wish is my command" He bowed a little, a silly smile forming on his lips.

He strolled towards her, he could see she was nervous and out of breath from all the running but instead of asking about her misfortunes his mind reeled towards the images of her skin under her red golden embroided dress but before he could go any further with his vast and wild imagination he asked her for confirmation. "Do you really want do this princess?"

Without any warning she placed her hand on his shoulder, leaning closer to his face she whispered. "Keep your mouth shut and kiss me."

A chuckle escaped from his mouth but before he could say or do anything her lips took his in a gentle and alluring kiss, taking advantage of his parted lips she slided her tongue inside his warm mouth.

"Many sovereigns said the same thing for years," The man demanded, "what makes your queen different from them?"

"Rare women like our queen aren't just born strong, they are made strong by what they've been through. She is everything all at once and too much for people who don't deserve her. She is like a diamond, the more you try to break it the more it shines. The most exquisite quality my queen possess is she will rather prefer to walk alone than surrounded by pretenders and liars and if all of this doesn't make her a great ruler I don't know what does." He shrugged at the man as he was stating the obvious, he bowed in front of the man just for the sake of curtsey and started retrieving his steps but before he could turn around he couldn't help himself but blurt it out. "You may think she needs you but the truth is she can and I promise you she will conquer her conquest with you or without you because a person who chooses to fly alone has the strongest wings but you will regret your whole life for letting this opportunity go."

This time for real he turned around, his back on their faces, withdrawing away from them when the man sitting there stopped him. "What does she do to encourage such loyalty? She must have you twisted around her fingers with her sweet talk."

With a swift turn he cunningly smiled at their faces and answered. "The flavour you taste in her voice depends on how you treat her." He paused for a moment and with a half-smile on his face he proceeded. "If you betray her even once she will never be the same to you ever again. The only way you can earn her trust is hard work not flattery."

Without any curtsey, Theodor turned around with his boots stomping on the ground. When he was almost at the end of the aisle his eyes finally met Andriette's and without any further delay he stooped as low as his knees could, his hand in his chest.

Hello, I hope you will enjoy this book.

If you have any questions or suggestions dm me on Instagram. @writer_kukretiiii