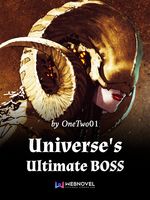 Wang Hao rubbed his head. He couldn't remember how much beer he had last night.

After Wang Hao drowsily opened his eyes, what he saw was not the room he was familiar with but a laboratory with tubes, alcohol burners, measuring cups, and everything.

Wang Hao was confused. He and his colleagues had a party last night. They didn't drop him in a laboratory afterward, did they?

Were they so jealous of his handsomeness and capabilities that they decided to dissect him!?

Wang Hao was completely baffled when he noticed his hands, which were much smaller and fairer than he remembered and looked like a woman's.

All of a sudden, strange memories flooded into Wang Hao's brain. He sweated under the excruciating pain.

Wang Hao was at a loss when his old memories and the new ones melded together.

He had really transmigrated!?

This new world was quite different from the one he used to live in. The technology here was much more advanced. Interstellar trips were as easy as a train ride.

The most unbelievable thing was that there was a cultivation hierarchy in this world. It was really possible to shatter a star with one's fist.

Because of the cultivation hierarchy, the strong experts were most respected, and the civilians must obey the nobles unconditionally.

〈〈Ding-dong. The Supervillain System activated successfully. The gift bundle for beginners is to be released.〉〉 A mechanical sound echoed inside Wang Hao's head.

Wang Hao's shock was replaced by delight. Systems were the best goldfinger for transmigraters.

He was definitely a man favored by fate and destined to stand at the peak of the universe.

Wait, what's the name of the system? Supervillain System!? Wang Hao had a bad feeling after he came back to himself.

Forget the name. Let me check the gift bundle first.

Wang Hao shook his head and opened the gift bundle in his head.

〈〈Ding-dong. The host has been given a skill upgrade card (Perfect).〉〉

〈〈Ding-dong. The host has been given a Level 1 Potential Pill.〉〉

〈〈Ding-dong. The host has been given the Glorious Demon Art.〉〉

Wang Hao couldn't stop grinning as he listened to it. What a generous bundle!

Checking the details of the items, Wang Hao gasped loudly. They were too extravagant and unbelievable.

Skill upgrade card (Perfect): Upon usage, upgrade one of the host's techniques to the top level.

Level 1 Potential Pill: Once the host takes it, they will fulfill their potential and make quick breakthroughs without suffering any side effects.

Glorious Demon Art: A marvelous art co-created by eighteen deities and demons with the most incredible effects.

Resurrection coin: Automatically activated upon death; the host will be resurrected with full health and a ten-day Invincible buff.

Wang Hao did not know what to say. He felt he was going crazy after reading the information about the skill upgrade card.

Techniques, or ways of attack for the warriors, were divided into four levels: Beginner, Fluent, Perfect, and Natural.

It was very easy to reach the Beginner level. All one needed to do was learn tutorials well.

To reach the Fluent level, it would require tremendous effort.

To reach the Perfect level, one needed not only continuous training but also great talent. However, Wang Hao could reach this level immediately after he clicked the upgrade card.

As for the Natural level, only the grandmasters could reach there after decades of hard training.

Of the four beginner items, what excited Wang Hao most was the resurrection coin, which could not only bring him back to life but also grant him Invincible, a buff that could last ten days.

Wang Hao was of a mind to ask someone to cut him apart right now.

Be cool… Be cool…

Wang Hao calmed himself down. It was no time for excitement yet. He needed to figure out what this Supervillain System was about.

Wang Hao thought for a moment and replied, "If we get to the bottom of it, heroes and villains are the same. They all do what they must do to live a better life. Their only difference is that the ideas of the heroes are accepted by most people while those of the villains are only accepted by the minority."

〈〈As the host I've chosen after searching the whole galaxy, you do have a sharp mind,〉〉observed the System. 〈〈Supervillain System is designed to build the host into a character that everybody hates and despises.〉〉

The whole laboratory was utterly quiet for a couple of minutes…

"Are you kidding me? I was a good kid when I was a kindergarten, a good student when I was in elementary school, and a good boyfriend after I grew up… I am a decent human being, and you want me to be cursed for good? What kind of person do you think I am?"

The System was lost for words. You think I don't know what kind of person you are? If you were half as good as you claim, I wouldn't have chosen you at all!

"Well, that being said, I think I can consider your offer…"

Wang Hao changed his attitude and swallowed after he saw an exchange menu before him.

Scripture of the Barbarians, Divine, can destroy the whole galaxy after being grasped. Price: 100… Villain Points.

Space Shackle, Divine, can tie up anybody in the universe. Price: 100… Villain Points.

Boundary Brush, Divine, writes names; they will be revived if they are dead, or die if they are alive. Price: 100… Villain Points.

Wang Hao was confused at the price, which seemed to have infinite zeros. He also did not know what Villain Points were.

However, he believed that he would have all the treasures as long as everybody threw foul eggs at him the moment they saw him.

"Well, since everybody hates and despises me, I have to save the world by myself." Wang Hao suddenly recalled 's remark about how one cannot achieve anything without overcoming difficulties.

The System was very happy. Its carefully-chosen host had justified himself so quickly. The thickness of his skin was truly incomparable…