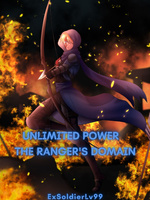 Running away from society amidst the darkness of the night, Ryan was driving his car, heading toward his new home. He was exhausted because that week had been long… no, the whole month had been tiring, and everything changed after that. Ryan was just twenty-three years old guy and had just graduated from college and was about to work as a PE teacher at the same school he graduated a few years ago when he received the notice that his parents died in a car crash.

After receiving that notice, Ryan spent a day in a daze without knowing what to do. His parents were in the early fifties, so he didn't expect to hear that. When he recovered from the shock, he began to prepare the things necessary for their funeral, but things only got worse from there. When he was about to inform his best friend and fiancee about it, Ryan saw them leaving a cheap motel together early in the morning. His mind was still in a daze, and he didn't even manage to ask why they were together at such a place. However, he eventually understood it when he left his car and approached them.

"… I see…" Ryan said without showing a single sign of emotion in his face and voice when he saw them panicking.

In the end, Ryan left Mia and Daniel alone without waiting for an explanation or a half-assed lie. The next day, the funeral was held in the largest cemetery of Dallas… the city where his parents grew up and met each other. Since Ryan and then lived in Shreveport, he was the only one who attended the ceremony, aside from the Father and the cemetery workers. He didn't have cousins, uncles, not even grandfathers or grandmothers because both of his parents grew up in the same orphanage.

Ryan only woke up from the shock when it started to rain. The Father and the workers of the cemetery had left him alone a long time ago. Their words didn't enter his ears, not even the words of comfort from the Father. Still, the icy rain forced Ryan to wake up. His parents died in an accident, his fiancée cheated on him with his best friend… but he still was alive. Ryan still had a whole life ahead of him. Rather, his parents would want to see him moving on. However, Ryan needed some time alone… so, the next day, he quit the job he didn't even start and sold his belongings to buy a house in the mountains. A place where he wouldn't have to deal with anyone frequently… and he was heading there.

"Thank God I didn't spend my savings to buy that apartment," Ryan forced a smile while he was observing the dark road that was slowly getting brighter.

The sun was rising, but the inside of his car was quite bright because his phone was ringing non-stop on the backseat. Even without picking the phone, Ryan could see through the mirror of this car who was making his phone ring. On the screen of his cellphone, he could see ninety-eight calls from Daniel and thirty-three from Mia.

"I guess they finally learned about my parent's death," Ryan said.

Ryan was too tired to get angry at them. He didn't sleep even a single minute in three days. His light-brown hair was messy since he didn't comb it since the rain two days ago. There were bags under his light brown-eyes as well. If a police officer could see the current Ryan, he would probably be asked to stop driving, and then he would be taken to a police station since he wouldn't obey.

Regardless, Ryan arrived at his new home half an hour later, the log cabin was pretty simple, but he had a good view of all the region. The nearest house was one kilometer away, and the supermarket was five. Driving upward and downward was a pain, but Ryan felt like the peace he would have was worth it.

Before even unpacking, Ryan stopped and then breathed that fresh air. He felt revigorated… there were a lot of trees nearby, and he could hear birds singing. That place brought him some inner peace that he didn't expect to find so soon… Ryan headed to the cliff behind his house and then admired the region.

"I guess this is the perfect place for a new beginning…" Ryan slimed in satisfaction.

Ryan didn't want to think about it, but he could only do it for so long. He worked hard to make his parents proud of himself. Although becoming a PE teacher wasn't as difficult as becoming a lawyer or a doctor, he still could remember when his parents looked like when he told them about the career that he chose. He decided to work hard not just for them, but also to marry the woman he loved since he was just twelve… despite being a shy guy, he confessed his love for her in his third year of high school, and since then, they have been together. They even made some preparations to marry once things got a bit more stable… it probably would happen at the end of that year, but it looked like Mia never truly loved him.

Despite that, Ryan couldn't bring himself to hate Mia or Daniel. He knew them since middle school and have been friends since that time as well. While Mia was an astonishing redhead, green-eyed beauty, and Daniel was a tall, hunky guy. Ryan was just an average joe who was so boring that he liked to spend his weekends at home reading books. In any other situation, he would even give them his blessing, but not like that… not anymore.

While Ryan was thinking about those things, he suddenly felt the atmosphere changing. The scenario looked the same as before, so Ryan couldn't tell what made him feel like that, but then it happened. The whole mountain began to tremble, and Ryan saw some spaces in the sky distorting.

"What the…" Ryan said and then got away from the cliff and from the trees nearby.

Suddenly, a giant thing appeared in the sky. It was fifty meters long, it was red… and it had wings. It also looked like a lizard… one big ass lizard. At that very moment, Ryan realized that the shocks of the previous day probably messed with his head more than he thought… that or perhaps the world was ending. He concluded that because hundreds of dragons were flying in the sky.

One bonus chapter per 500 power stones.