/ Contemporary Romance / We are destined.Let me pamper you 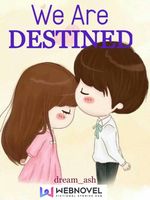 We are destined.Let me pamper you WAD

"Duh, Fine! What do you want me to do?" Xiu Mei gave up, and Feng Jianyu gave a mischievous grin. His eyes shone in expectation.

"I want a kiss" he spurted out.

After a good silence of one minute, she scoffed, "pfft… dream on…"

"Fine, if you're not giving then I'm taking one myself,"

"W-What? No way. You already took one last night… No more"

On the night of Xiu Mei’s 16th bday, she came to know the biggest truth of her life.

Devastated by the betrayal of her family, she ran away from her so-called home, taking nothing but her precious invention, on which she had been working nonstop for the last 4 years.
___
Feng Jianyu was a devilishly handsome man, who was powerful, cold, and ruthless. As the current President of the Feng Corporation, his only goal was to take his company to the unachievable heights.
But fate had some other plans for both of them, and their paths crossed. Intrigued by her intelligence and talents, he tested her and gave her an attractive offer. Finding the offer interesting, she accepted it and worked hard.

However, something happened, and they both ended up offending each other.
__________

After 7 years, the mysterious Xiu Mei was a genius woman living in a beautiful villa with the most advanced security system. Nobody knows the reason behind living in security.

She was forced to live with a handsome man inside her villa for an indefinite period. Though she welcomed him hesitatingly, to her horror, he was none other than Feng Jianyu.

They both recalled their past but none of them spoke about it.

Original novel By dream_ash
Join me on discord https://discord.gg/RudqR3q
I edit the cover, but the photo belongs to their respective owners. I have no right over this photo.
All credits belong to the owner.