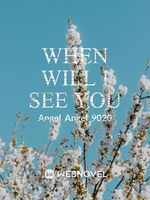 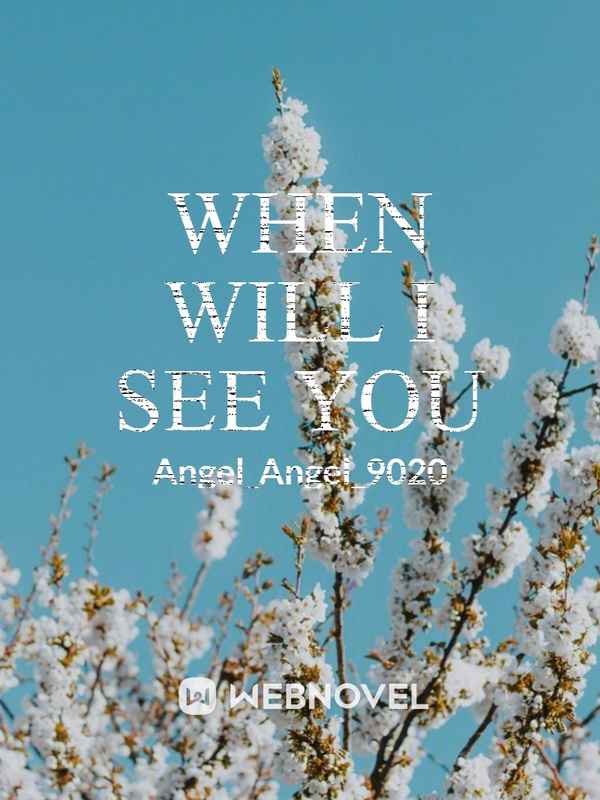 When Will I See You

She was propped up on the bed when he came out of the bathroom going through the messages on her phone. She was wearing his T-shirt, the one he was wearing last night before he took it off to get into bed. He stood there looking at her, taking in the beautiful sight in front of him.

She looked up from her phone and smiled at him, as her gaze travelled from his face and hung around on his shirtless torso. At initial glimpse, he appeared like an ordinary man who probably worked in an office, visited the gym twice a week, made a decent pay and had a normal boring life, just like any man you would pass along the street. But that was far from the truth, he was not an ordinary man, did visit a gym occasionally but was not all that keen about it, and he had anything but an ordinary and boring life.

"You didn't wake me up." She asked him as he rubbed the water from his hair with a towel.

"You looked beautiful while sleeping, and that is the only peaceful time we can get in our lives nowadays, I didn't want to interrupt it."

She awed at his answer.

"I am so tired of running from place to place, can't we simply stay one day more here?" She asked hoping he would say yes. They had been running for the last two weeks, not staying in the same spot for more than three days and that day she was in no mood to travel for God knows how many hours in a car until they got to their next destination.

"You know we can't do that." He replied, looking up to meet her eyes. She frowned at his answer, he didn't want her to be sad, but there was no way he could agree with what she was asking, it was a threat not only to his life, but to hers too. He could never let anything happen to her. "I'm sorry babe." He gave her an apologetic look.

"You know that I am your best bet at winning whatever that you have started." She said as rested her head back on the headrest.

"We're not having this conversation again." He sighed, turning towards the closet and pulling out a white shirt with blue jeans. He could not put her in any danger, no matter how good of a fighter or an assassin she was.

"I could simply kill him; you know how easy it would be for me."

"I already gave you my answer and it won't change no matter how many times you ask me."

"Then promise me a vacation, after we're out of this situation."

"Just you and me." He replied.

She smiled and got out of bed and hugged him. He returned the gesture and smiled to himself, taking in her scent as he caressed her back. "I can't wait for this to be over." She murmured into his neck. "Me too." He replied softly.

"And I'm sorry." She whispered as she let him go. He looked at her to ask why she was apologizing but she went into the bathroom without sparing him a glance.

After she went into the bathroom to shower, he checked his phone for any new updates on the situation. There were twenty-two missed calls and forty-five messages, all of which came from his best friend. He is someone who never calls and always texts, but twenty-two missed calls, all from him. Something was definitely wrong, he called him right away without looking at the messages. Armand picked after the first ring, which was also unusual; he never answers on the first ring.

"GET OUT OF THERE RIGHT NOW." he shouted, not giving Aaden any time to ask what is going on.

"What?" He asked, confused.

"Take Melita and get out of there right now." He stated, accentuating every word.

"Is something up? Will you tell me what is happening? "He asked, now worried.

"I will, but there is no time to explain, just take Mel and get out of there." he answered in a hurried tone. "There will be a black Toyota waiting for you at the exit, just get in and the driver will take you to a safer place."

Safer place, he repeated in his head, something was wrong. And he and Melita were no longer safe. For some reason, their location had been compromised, and instantly he had to get Melita and run. Melita.

He ran to the bathroom and started knocking on the door, "Babe, get out fast we need to leave."

"What are you doing? Why aren't you leaving?" Armand was shouting at the other end of the phone.

"Mel isn't opening the damn door." He shouted back.

He hung up and started pounding on the door with his shoulder, the door began to rattle, and a sight bulge started appearing in the center. The knob looked like it would pop out any second, and dust puffed out of the frame, which started to separate from the wall. With a few more blows the door was down.

Right in front of him stood a man, holding a gun pointing to his head. And behind that man lay the girl he loved. Her hair disheveled and covered her face, and a pool of blood around her head. It took some time for him to register what was happening. He couldn't believe what he was seeing, she laid there, her body not making the slightest movement.

She looked dead. No, that can't be. There was no way there was a person capable of killing that woman. Hell, even he himself had never been successful in winning against her in a fight. And this man had killed her? He just could not accept that.

"I will fucking kill you, you son of a bitch." He cursed, trying to step closer to her body.

"Uh-uh, I wouldn't do that if I were you." He pulled out another gun and pointed it at Melita. The man's face was covered, but Aaden could make out his expressions through his eyes and he was smiling. And that made him even more furious. He wanted to kill him right then and there, but now with a gun pointing at her, and he couldn't take any kind of risks. "You know what I think." the man continued, "that you don't deserve such an easy death, did you ever count how many people you've killed? And how many people have suffered because of you?"

"They all deserved it. I don't kill without a reason." he replied, trying to keep his face as serene as possible. Trying to not give him any hint that he had absolutely no idea what was going on and what was he supposed to do.

"Tch. If you believe you are so righteous, why have you been running for the last two weeks?"

He didn't reply. He looked at Melita's still body, she was losing blood with every passing second. It hurt him to see her that way, and it was all his fault. He wanted to go close to her, hug her body, apologize to her. Only if he never asked her to come with him. They would've never been here, and she would've never been laying there in a pool of her own blood. No matter how much he tried to blame the man in front of him for hurting her, deep down he knew that it was his mistake. His stupidity and his stubbornness.

"Oh, look, it's time for me to go." He said looking at the clock behind Aaden. "And I'll take this beauty with me." He said gesturing towards Melita. "Can't kill her without letting the boss having a taste of her first."

"What do you mean? Where are you taking her?" He questioned, taking a step closer to her body.

"Goodbye." He ignored the question and pointed the gun towards the right side his chest.

The right side, he repeated in his head. He didn't know why he repeated that in his head, but he needed to remember that after he woke up, if he ever woke up. No, he must wake up, for Melita, for her. A gunshot accompanied with a pain in his chest. His eyes closing as he took a final look at the girl.

I'm sorry he thought. I really am. But I will save you, just wait for me babe. And darkness took over his mind, and the final image of his lover fading from his memory.

This is my first story ever, I know I am not the best writer, there are probably going to be many loopholes. But I hope, you all will enjoy the story. Please don't be rude in the comments.

Thank you for choosing this story, I appreciate it.