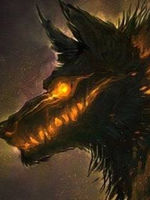 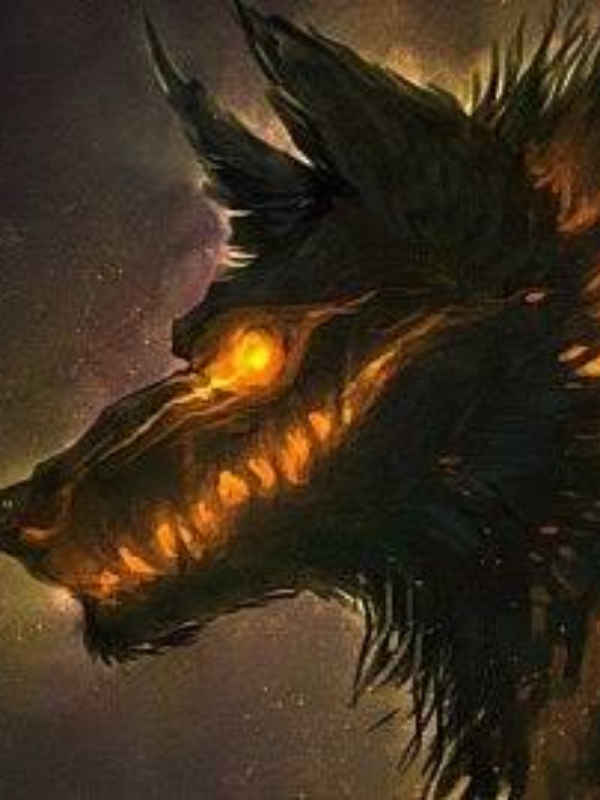 Being frightened by what was happening to himself, Logan continued running. His inside burning until he literally started burning from the outside. His toe and finger nails grew longer till it looked like claws, he bacame huge as his teeth grew bigger and sharper. Hair with flames on them grew on his body. He was in the woods and everything he touched, including what touched him caught up in flames.

**5 days earlier(where it all started)**

"Logan, hope you didn't forget anything" his mum asked worriedly, "No mum I didn't, no need to worry" Logan answered in a soothing voice trying to calm his mother. It was Logan's first day in his new school and his mum was so worried "ok boy, anything you say" his mum replied in a more calm voice as she kissed him on his forehead. Afterwards, Logan got out of the car and waved her goodbye "meet you home" Logan said as he continued waving. He then carried his backpack more appropriately. at that point, he took a one last good look at the building, where he saw a signboard with the name of the school on it -Worland High- as he walked in.

"This is Logan, and he's gonna be your classmate", the Teacher said introducing Logan to the class. Logan at the front of the class stammering on what to say waved a little as he said "Hi" as some of the students burst into laughter. "Dork", "Nerd", some said as Logan walked up to the nearest seat at the back. "Hey, name's Alex. don't mind those fools" a blonde short curly haired boy said introducing himself and trying to make Logan feel better. "Nice to meet you Alex" Logan replied smiling at him trying to give a good impression as they both faced their lectures in class. Alex was so brilliant, that he continued answering questions till the sound of the bell was heard.

It was time for lunch, and just like most of every other highschools, people sat as a group at their table. While in the cafeteria, Logan saw Alex who was waving at him to come seat, as Logan walked over with his lunch in his hands and sat bedside Alex, he met a boy and a girl. The girl was wearing a blue comfy top and her hair was blonde, while the boy was a black, he had a football jacket on. "Logan, this is Damion" Alex said as Damion also repeated "Hey, I'm Damion" "and she's Rachel, one of the fastest runner in the school" Alex said as he deeped his voice and stressed the "school" in the sentence, then Logan replied, "Hey I'm Logan nice to meet y'all". Rachel just sat eating, as Damion and Alex was joking with themselves and also eating of course. "Woah jackpot", a boy also wearing a football jacket said as he threw chewing gum in Logan's food and continued laughing along with the rest on his table "Don't mind them, just let it go", Alex said to Logan as he smirked back in return. "Just so you know the person you hate, his name is Steven and the guy on the left is Dillion while the other two girls are Cherry and Lisa" Damion said pointing at each of them. "They call themselves the QUAD SQUAD, stupid name right?" Rachel continued with a serious face on

Back in class, Logan now noticed Damion and Rachel were also in the same class with him.

"For this class and the next above, you're all going on a camping trip, I talked to the principal about it and he agreed" the teacher at the front of the class who was teaching Geography said. "the trip is based on your corriculum, we're going with the school's bus on Friday, and we'll be back on Monday", he also added. "Mr Palm, I don't think I'll be able to make it sir" a student said replying to the teacher, "well that's too bad cause it's 50% of your grade mark" Mr Palm said as the bell rang for the end of the day.

Days passed as the day for the trip came. for they had to skip classes which was a "wonderful thing" for them "wohoo", Dillion exclaimed as they were entering into the bus. 'wait, you didn't tell me the QUAD SQUAD will be here" Logan said to his friends feeling irritated. with the days that passed, Logan got familiar with his friends (Alex, Damion and Rachel) and he became comfortable with them. "they're one of the class above Logan" Rachel said, "I thought you knew" Alex said looking at Logan, "well no turning back now due to our grades" Damion said as we all walked in.

The bus began to move as the students were all in, 3 teachers went with them which was the built gym male teacher, the busty female biology teacher and of course Mr Palm(Geography teacher) "To be sincere, this is kind of creepy" a student said. "scaredy cat, you could still come down now I'm sure your mum isn't that far away" Steven said in a teasing way as most of them in the bus laughed out loud, "nah nah nah nah" Alex said quietly trying to mimic Steven in a bad way as he heard "you saying something there nerdy?" Steven said from his seat, as chuckles followed from those in the bus.

"Ok kids, it will soon be dark but nothing to worry about everything you need is here, I'm sure you would've have noticed this is a private tour, but they've provided everything needed in this woods and we're here just like we wanted to in order to experience what being in the woods is like" The gym teacher said. "A bug spray will be given to you all, just spray in your tent, it doesn't hurt on your body also and it has a sweet smell which isn't choking so you have nothing to worry about" the biology teacher said as Mr Palm immediately added "just make sure you stay in place".

"Hey, wanna look around" Damion said to his friends (Logan,Alex,& Rachel) "they literally just told us to stay put" Alex replied, "well it won't hurt" Logan said "and morever, that's literally what this trip is for" Rachel added "ok ok, but nothing scary" Alex said as he agreed . "so get your spray and let's meet back here" Damion said as they all departed and got back as planned. they passed through a thorn part of the wire guaze departing all of the students including them from the real woods, "we'll be back before you know it" Damion said as they all passed through. "hey, do you see that cave" Rachel said pointing at the direction of a cave as they started moving in the direction. "Really hope you guys ain't thinking of going inside, in about an hour, it Will soon be dark" Alex said. "well the more fun for us" Damion replied as he chuckled.