Why is it always me? - World in Mayhem - Chapter 1 by Black_Cat_Prince full book limited free 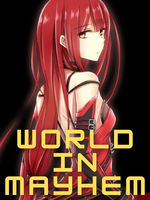 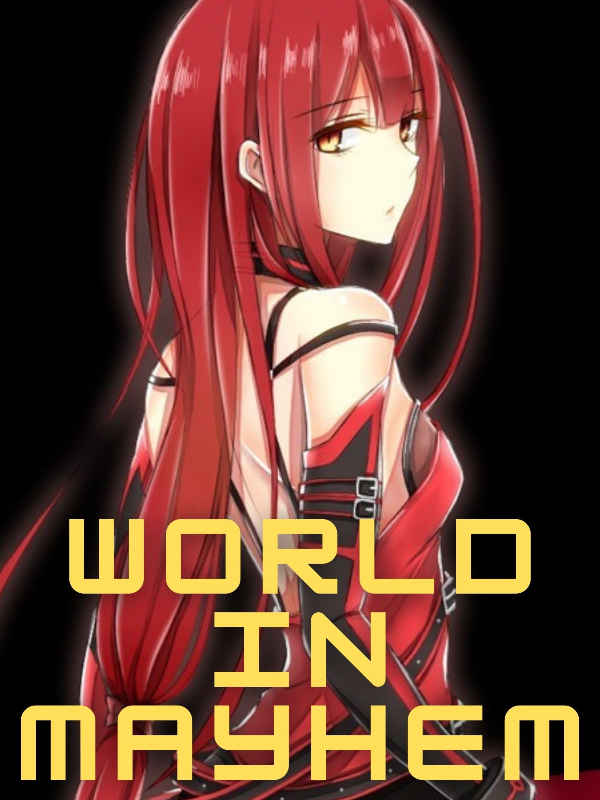 Chapter 1: Why is it always me?

Deep underground in a giant cave,

A Giant Flower with petals as big as four king sized beds was shining with pink lights that when seen in the dark cave, was a mesmerizing view

The human or the young man was named 'Darien', an eighteen year old guy with silky black hair covering his forehead, black eyes and a fairly handsome looking face

His face had lost all colour as the monster was feeding on his life energy, sucking it out through his big mouth, he cannot move since he was wraped tightly by the monsters tentacles,

He could only watch...

Watch his life energy being sucked out from his body which looked like colourful rays of light and a transparent window in front of him flashing 'DANGER' in big red letters, as if he didn't know about it already

His eyes started becoming lifeless and heavy with his breathing slowly dying out, as this was happening he was contemplating on his life till now

"Is this the end? just like that?" he remembered reading somewhere that life is as feeble as a leaf and that you can lose it anytime, it also said that you should live your life to the fullest till you have it

"did I lived my life to the fullest?"

"Ah you guys are going to waste my time again today aren't you?" the whole class was laughing, some while hiding it and some without bothering to do so

The teacher looked at Darien, who looked quite gloomy with his hair covering his forehead and wearing glasses "So what is it this time Darien?"

"Who did it this time?" the teacher asked the other students which instantly made all of them laugh

"Whoever took it, give it back to Darien" he asked the class again but nobody replied

sigh, he sighed again "Darien who do you think did it?" the teacher asked Darien

"I think its done by Ezekiel"

"Ezekiel?" the teacher looked at a certain guy sitting at the back

"Yes he did it last time too.." he took a pause

"Sir the bag contains my money, all my notes and other precious stuff pleas-"

Ezekiel? he was the star boy of the class, the guy who knew all students in the school, who parties nearly every week, is exceptional in all extracurriculars and have good relations with all teachers

the teacher looked at Ezekiel intently, who had blond hair with sharp eyes

"I swear I didn't do it" he said again while chuckling

sigh "Okay I don't want to waste anymore time at this, Darien search for it in the class and if you still don't find it, come to me after the school is over"

I couldn't find him after the school was over...

I think he forgot..., At the end I had to ask the janitor to help me find it

Ezekiel gave me a little smirk when everyone was going out of classroom after school ended, everyone noticed him doing that but it was obvious nobody said anything as all of them knew it was him since the very beginning

This was nothing new to me, this was just one out of many instances in high school, but it always left me wondering "Why me?"

I wasn't really known in class, nearly invisible to everyone, I dont have any grudges with Ezekiel or with any of the others

It was Ezekiel, but that wasn't the shocking part for me, it was the girl sitting beside him

"Alyssa?" I still cannot confirm if it was her, the angelic girl who I had a crush on during high school was sitting with the guy I hated the most

"You know him?" Ezekiel asked her, she looked at him with her innocent looking brown eyes and cute face

"um yeah we did some projects together"

we didn't do them together, she came to me for help and almost all of them were completed by me alone

"What are you doing with him?"

"She's my girlfriend Mr genius, why else would she be in my car" Ezekiel said while grinning

"even though you know the kind of guy he is?" I asked with a straight expressionless face

"What does that mean? huh" Ezekiel looked ready to fight, I guess he was angered because it was said by someone he considers below him

"Darien what does that have to do with you? it's my choice who I want to be with so stay out of it" She said while looking at my expressionless face but I think that reaction didn't satisfied her

"or what? did you thought I was into you just because I talked to you sweetly a few times?

I hit the breaks and let their car go ahead, this was too much bullshit for me to handle, I had already decided to let my high school past go and get over it for the new life at college

But the next thing that happened was out of my expectations, the land suddenly started shaking, dropping my bicycle I didn't know what to do when the trees that were previously shaking with the ground starting growing at a massive pace

"I thought I will start a new life in college but here I am..."

"I wonder why it's happening to me?"

"Everytime again and again, it just doesn't seems to end"

WHY IS IT ALWAYS ME!!

The flower's light was suddenly getting more and more brighter, at the point that the monster couldn't see properly due to the blinding light

And when it could finally see something, it saw a figure..

A blurry figure of a girl..

"I have decided" the figure suddenly spoke in a firm voice

Remember to leave a review, It can help a lot ;-)