/ Fantasy / The God of Gravity 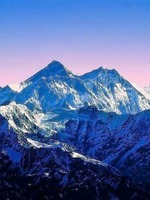 The God of Gravity TGoG

It has been two thousand years since the day that the Gods of Olympus sacrificed their immortality into reincarnation. The world is lead by the Thrones of Olympus, and transformed by the reincarnated gods, and born demigods. One human child, whose name is Leonide Padine, had acquired the power of gravity - considered to be the weakest power that only pure humans could acquire. The past humans who acquired this power were all weak, and they all died early as they are sent to missions.

The current gods and demigods are strong, as strong as their enemies that hid themselves in the shadows. The rogue gods of Earth started to make their move, and planning something that could shake the whole Realm down to its roots, as well as others on each of the planets in the Solar System. The fragile system of governing the whole Realm is meeting its limits. How will the current gods and goddesses of Olympus resolve this? And what could be their real purpose?

In starting his journey, Leonide is enrolled to a demigod academy, rather than being sent to Olympus. The reason is that he is not considered as a god, but a mere demigod. In his time as a demigod in training, he meets Enzo - the strongest demigod, before discovering the dark secret of his own power. Together with his demigod friends Philip and Sander, they trained themselves to the limit. He acknowledges his weakness, and intends to become stronger, and become worthy to become a god on Olympus. Keeping that in mind, no doubt that he will face hardships and challenges enough to make him lose heart. He also meets the three most famous reincarnations of the Realm: Aurelia, the goddess of Lightning; Mila, the goddess of Death; and Danae, the goddess of the Sea. They are far above the current strength of Leonide.

However, he intends to climb the top, and dreams to become the King of Olympus. How and will he be able to achieve his dream? Join him in his adventure, and discover endless possibilities in this Realm of Gods!