After I Entered the Game, I Unexpectedly Obtain a Harem [BL] - LGBT+

/ LGBT+ / After I Entered the Game, I Unexpectedly Obtain a Harem [BL] 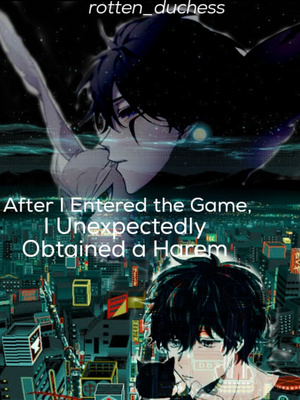 After I Entered the Game, I Unexpectedly Obtain a Harem [BL] A.I.E.G.I.U.O.H

Si Fan has always thought of himself as an ordinary man, with only book smart and a fighting skill to boast of. He knew that most people tended to stay away from him because of his face. His face was expressionless all the time, almost as if his face was paralyzed, and coupled with his sharp eyes, he was rather intimidating.

When, out of the blue, he got transported into a horror/survival/mystery game. He didn't know what to do, much less how he got into this ridiculous situation, but he just thought that he had to fight his way for his survival, not this...

Harem #2 - The 'beautiful' senior, who doesn't like to be touched, clung to Si Fan's arm and called out in a seductive tone: "Fanfan..."

Harem #3 - The 'supposed-to-be straight' insanely attractive young master of a powerful family, who claimed that he saved him, couldn't help but to worship him: "Ah Fan, I'll follow you where you go!"

Harem #4 - The adorable shota, with a two-faced personality — who only showed his sweet side to his loved ones, grinned sweetly: "Fan-ge, where are you going?"

The reborn supposed-to-be female lead, pretending to be a white lotus, furiously looked at Si Fan: "You! How dare you take them away from me!"


Disclaimer: The pictures I used for my book cover are not mine.

Significant Note: If there's a chance that I have the same content as yours, I assure you that it's a coincidence. I don't fancy being in jail because of plagiarism, so if you have anyproblems, feel free to leave a message to me. I will respond as soon as possible if I am not that busy.