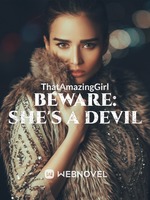 "Aren't you afraid of Karma?"

If they were to rank the most ruthless beings in Country A, Kim Lisa was definitely among the Top Three.

She had a new mission from her Mafia boss/ uncle; It was to become the bodyguard of one of the contesting Governor's playboy son.

Though difficult, she took up the mission. Trying her best not to stab him to death whenever she saw him.

But if she had thought his charms would not work on her, then she had gotten it all wrong!

Because he liked her from the first day he saw her, and made up his mind to seduce her.

"It's called Regalia." Lisa said as she looked at the confused and frightened man.

"It was made from one of the most toxic flowers in the world. The poison starts eating up the wall of your stomach from the moment it's inside your body and within the first five minutes, you will feel like throwing up but nothing would come out... except tiny droplets of blood. And then, you'll know this isn't a joke." She said darkly and watched him begin to gag and gasp until he spat out blood.

But she didn't flinch.

This was her being meek.

But she met a really stubborn guy...


"You are scared." He noted as he looked into her eyes.

She scoffed in disbelief. "You're the last person I am afraid of."

"Yes, you are. You are scared you may cheat on your boyfriend with me. Scared you may fall for me. I can see it in your eyes."

'What's he saying right now? All I think about is killing him!' She said in her head but the look in her eyes was different.

"And that's right." He continued... "You should be scared... Because whether you like it or not, it's going to happen" He said with a confident smile before using his thumb to graze the corner of her mouth.

His eyes dropped from her eyes to her lips. She wasn't wearing a lipstick or gloss, but they looked glossy and tempting....

NOTE 1: You may think it's a bit rushed at the beginning, but trust me, that's because there's more to come ahead.

If you love mystery, then be ready to unveil some...

NOTE 2:
*I do not intend to keep this book long or drag things unnecessarily. Those who have read my book (Hello, Mr Li.) can attest to that. I keep things simple.

*You can follow my other stories:
–HELLO, MR LI
–MY CRAZY HOUSEMATE
–IN LOVE WITH A KLEPTO

*Please support me by voting, commenting, and sending gifts.