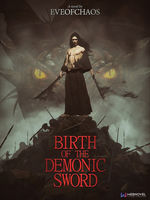 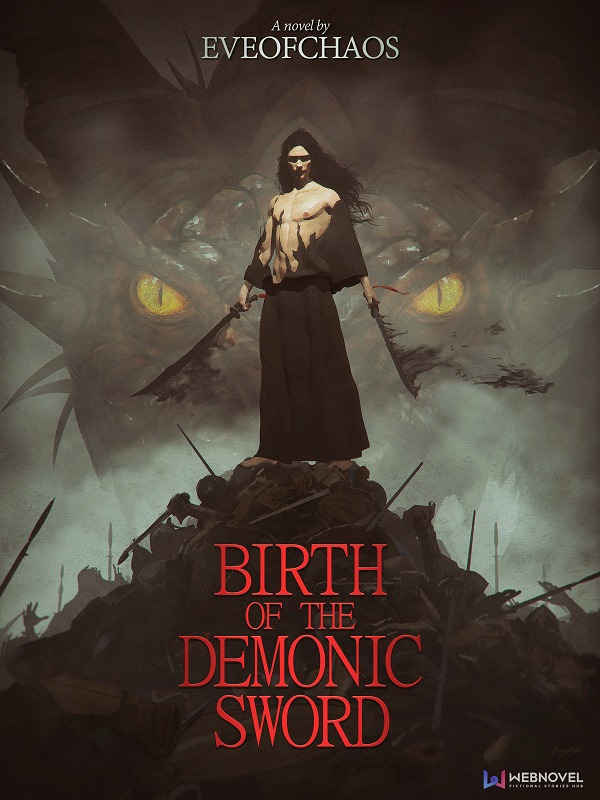 Birth of the Demonic Sword

This was his first thought after waking up.

He tried to move his limbs, but the sensation of touch had something amiss from what he was used to.

'I clearly remember getting shot in the chest by those gangsters. Am I in a coma?'

'I guess I'm still alive. It seems that I can't even achieve a quick death in my life. Well, at least it's warm in here.'

There was a constant warmth in his body, making the environment quite cozy.

'At least after I wake up, my parents will let me off the hook for a while. Maybe I should take this chance to get away from that house and go abroad, there should be at least a cleaning service hiring me.'

He thought of the possibility of exploiting that near-death experience as a means to break free from the cage he called home.

He considered how his parents would react once he said to them that he would drop out of university to be a dishwasher.

'Dad will not make too much trouble for me, but mum will surely go crazy. Nowadays, the only thing I can do at home without starting a fight is reading. Maybe I will lose that too.'

Since he remembered, he loved playing games, reading books, and getting drunk.

He found everything else annoying, and this had severely affected his studies ever since high school.

So, the situation in his house grew more and more difficult for him to sustain as his parents would rather yell all the time than accept that the university wasn't fit for him.

'I guess a big part of that situation is my fault, after all, I've spent most of my life being drunk or isolated with some book. Not a good job as a son indeed.'

Regret emerged in him after he thought that.

If he had known better at that time, he would've not used booze as a means to vent, and maybe the situation in his family would have been more peaceful.

'Well, I can't change what has already happened, and I didn't really have many options to keep myself cool while pretending all the time.'

When he was fourteen, he figured out that something was not entirely right with him.

He would see his friends going after girls or pretty clothing, emphasizing love and social status in a group of people.

Yet, he only felt curiosity toward sex without ever being able to really bond with someone.

As for human society, he saw it as a bunch of rules created by humans to force them to live together.

'Aren't those rules created by men? As a man, I should have the right to ignore them and live the way I want to.'

Time kept on passing while he was thinking, without him noticing that his thinking speed was way lower than usual.

'In the end, it's a world ruled by money. If you have it, you can do whatever you want; if not, you can only end up in one of the gears of society, accumulating money till the moment you die.'

'What a pitiful way of living. You are forced by the rules of humans to work to accumulate pieces of paper, while those have value only thanks to the same rules you are obeying. True freedom is only achievable by gathering enough paper. Is there even value in living a life like this?'

His reasoning would stop from time to time as he would sleep or try to wake up his body.

In this way, days passed.

'Maybe I'm in a permanent coma, and I will have to wait for true death to be freed from this darkness.'

The darkness surrounding him started to affect his mood, the only thing keeping him sane was the warm feeling in his body.

It was at that point that light appeared in the world of darkness, which seemed to get bigger as time passed by.

Suddenly, some kind of compression pushed him from the cramped space he was in towards the light.

It seemed to be a slow and painful process of which he felt the pressure.

After some time, the world of darkness became a world of light so bright that his eyes hurt.

He started hearing some cheers and voices speaking an unknown language.

When his eyes got used to the light, he could finally see what was around him: a fat middle-aged woman was looking at him with worry, lightly touching his chest.

The strange thing was that her hand seemed to cover his entire body.

He could not finish his line of thought that the fat woman had already turned him to the side and lightly slapped his buttocks.

For some reason, he felt pain from that light slap.

He said, yet what came out of his mouth was only a shrill cry.

After hearing that cry, the faces of the people in the room relaxed, and the fat lady brought the baby to the arms of a pale but beautiful woman lying on an old-fashioned bed.

"It's a boy, my lady, and a pretty curious one, according to the way he looks at everything."

Even though he understood nothing of what the fat woman said, the young man in the body of a baby could quickly figure out the situation he was in.

The woman holding the baby uncovered her chest and attempted to feed him.

Before he could say, or rather yell anything, a liquid poured down inside of his mouth, and he lost himself in the dizziness of his first meal.

"I will name you Noah, yes, Noah Balvan it's a good name."

Noah looked at the woman feeding him with half-closed eyes.

The woman had long black hair untied on her back and ice-blue eyes below her thin eyebrows.

'Sure, my mother is beautiful. Noah should be the name she gave me, at least it's a good name.'

The door of the room opened, and a man in his forties with short black hair and a stern face walked directly toward the woman on the bed.

"Lily let me see the child."

Saying so, the man directly took Noah in his arms and raised him in the air to have a better view of the baby.

The fat woman and the other two maidservants on the side of the bed lowered their heads at the sight of the man.

Even Lily held her angry voice back at the sight of Noah being suddenly taken away from her chest.

"Mh, a bit pale and skinny, but there seems to be some kind of wits in him. Maybe he will not be able to be a guard for the main family, but he might succeed as a counselor. You did a good job, Lily."

After he said that, the man gave the baby back to his mother and moved toward the exit.

"Rhys, he's your son and his name is Noah, can't he aim at being more than a simple guard?"

Stopping at the edge of the exit, Rhys turned to look at Lily and said in the most natural manner:

"Even if he has my blood in his veins, he has yours too mixed in, the son of a whore should consider himself lucky enough if he can protect the descendant of the main family."

And he went out of the room, leaving Lily with watery eyes hugging Noah.

She didn't see the grave stare of the baby in her hands toward his father after he left through the door.

'It seems that this family is not so simple, I should do my best to learn the language of this world as fast as I can.'

Thinking that, he closed his eyes and went to sleep.

Hello, this is my first time writing something in this format and in this language so I will excuse in advance if the writing results too simple or repetitive. I wanted to make the first chapter about the psyche of the main character so that it would be easier to understand the choices that he will make during the story ( especially at the beginning where he has no experience of the new world ). Hope you will enjoy the story and let me know where I can improve in my writing skills.