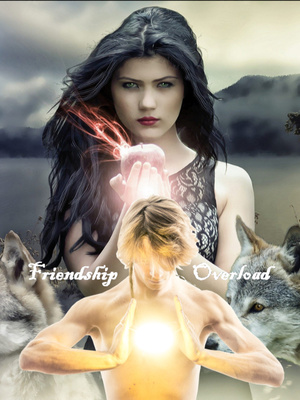 A capricious master of the past is saved by an unsuspecting girl. When told to pick her reward, she merely asks for his friendship.

“If so, then I will be your friend. The best damn friend there ever was!”

As such begins the journey of a kind hearted girl and her capricious friend. However, the more they learn about the world, the crueler it seems.

Will the girl’s light lift it out of chaos, or will her friend’s hidden darkness bury it completely? What is light and what is darkness anyway? In the end, strength conquers all. (More details below↓ )

For those wanting more clear-cut details about the setting:

The story revolves around the adventures of a reincarnated reckless mage with evil tendencies and his prodigious friend who’s trying to be a good person.

However, the world they live in is low on resources and overpopulated with several races which hate each other’s guts, overpowered monsters that shouldn’t even exist, and paranoid humans on the verge of destruction. Basically, it’s one giant bloodbath waiting to happen.

The MCs need to strengthen themselves, learn and adapt to their surroundings (which become more and more insane with each passing chapter), and eventually, hopefully, do something to stop the madness before the world’s destroyed in warfare.