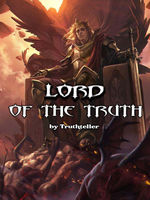 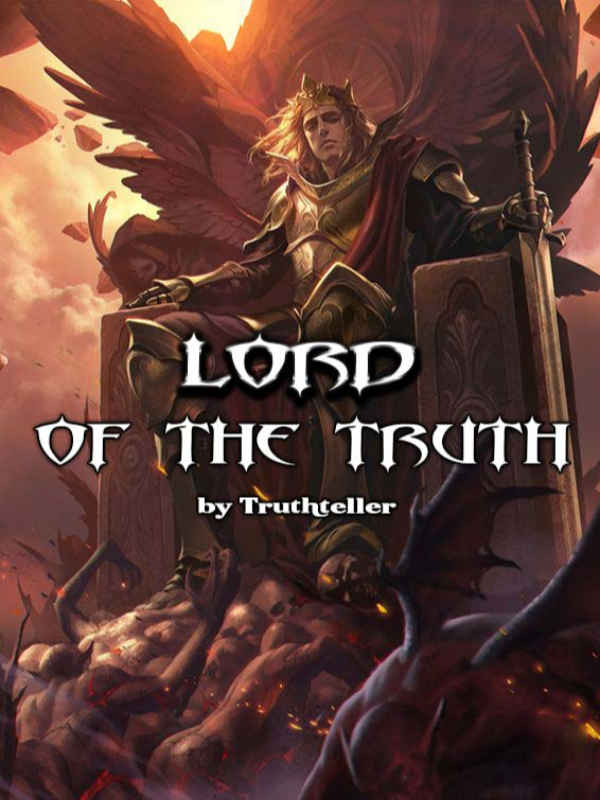 Lord of the Truth

One morning in Jura city market

A large city ruled by one of the largest families of the duchy - the Burton family - which makes its market always crowded.

Between the screams of sellers and the stampede of buyers.. Discussions on various topics were everywhere, but one topic in particular was of interest to many.. *What will happen in the tournament that Duke Alton will hold this year?*

"Hey.. who do you think will win the youth tournament this year?"

"Is there anyone else? Definitely Robin Burton!"

"Heh~ you're right.. the Burton family has recently gained a true genius, although there are many geniuses in his generation , he is simply overpowered."

"Haha, man, even his family members are pressured because of him."

"the Burtons.. ahhh~ I really envy them! Things haven't gone very well over the last millennium for them, I'm afraid to admit it but I think this young man might be able to change their destiny."

Conversations like this can be heard all around the town, even though the competition itself is somewhat symbolic, but it was everything in the eyes of the youngsters.

meanwhile, two smiling teenagers were passing through the main road of the market, one of them said, "You hear that, Robin? Looks like your win was decided before you even walk into the ring." Although he's been Robin's friend since they started learning how to talk, just walking next to him now has become a psychological pressure on him.

It is worth noting that Robin .. did not fight once in his lifetime!

He was always two or three levels above his age group, which made his peers feel intimidated just approaching him, and the older ones didn't dare approach him for fear that the Burton family would consider them bullying their first genius and be killed.

Perhaps someone else would have taken the initiative to challenge those older than him like it is told in the stories about saints and sages in their youth, but he never did that.

He preferred to stay put in his little house .. Alone for almost his entire life, no one knows what he is doing or what he is thinking... But he is still the number one genius in terms of training speed, at least, and this is an indisputable fact.

Robin laughed, "I don't even want to join this tournament! Hey, Billy.. why don't you join? I think you have a good chance."

"Me?! stop kidding me please.. you are the only genius of our generation who has reached the tenth level of energy foundation, everyone in the Duchy of Alton has heard of you! The next strongest person in the younger generation is at the seventh layer!! and he is a year older than you!!! But I... I'm hardly in the fifth level, I'm afraid I will be beaten till my mother doesn't recognize me" he said disappointedly and shook his head.

Robin looked at him with an eyebrow raised, "so what? Just go and do your best, isn't that what matters? I'm really not going ...there's nothing interesting about it! Secondly, the prizes didn't interest me."

Billy looked like he was about to cry, "Huh?! Ten high-quality slaves and a thousand gold coins aren't enough for your majesty anymore?!"

"Haha, what do I do with slaves? I'm still young and I don't need them, and even if it was ten thousand coins I wouldn't care! What do I do with them? I'd rather spend my time training than that nonsense!"

Billy paused for a moment and turned to Robin, who was a few steps ahead of him, before smiling, shaking his head, and quickly following him.

Wherever he went, Robin was always the center of attention, how could he not be? the number one genius in the vast Duchy territory? No, even at the level of the entire Black Sun kingdom he would definitely be one of the competitors for the title of the best!

This is in addition to his strong build, his sharp and proud features, and his strong presence that he has been acquired over time. All this made him an ideal for many boys and the husband in many girls' dreams.

As soon as the hour Robin had set for himself to relax has ended, he stood and looked around slowly as if he wants to burn everything he saw into his memory, thinking ' who knows, this might be the last time i see this sight'

he then took Billy and headed toward Burton's land.

The -land- is an area of about a square kilometre filled with many houses, warehouses, other different buildings and surrounded with high walls. it is technically a city within the city!

But this is understandable.. the family has a history of 6000 years with the number of those who bear the surname Burton is a few tens of thousands! and this is still not adding the count of their slaves, mercenary army and so on, this inner city cannot even contain all of those.

When the guards saw Robin - the hero in their eyes - they quickly left what was in their hands and lined up on both sides of the gate to salute him with big smiles hanging on their faces.

This young man in front of them is their pride! Although they are mere slaves of the Burton family, they at least can boast of serving the one who has shined all over the lands of the duchy.

"Haha, Robin! There you are.. I've been looking you for since I heard you got out of that little house of yours, where have you been?!" Robin turned, seeing a middle-aged heading his way, That was his father.

If there is one person who has benefited from Robin's skyrocketing rise, it is undoubtedly this man.before, he was a distant relative of the main branch of the Burton family, just one of the tens of thousands.

But after the emergence of his son, his position in the family rose and became respected by everyone, and most importantly.. his allowance had increased dramatically.

however, this allowance was not used in the appropriate manner that everyone was waiting for.. like supporting his son, for example.

But he was using it to marry again!

Yes, Robin's father's mission in life since discovering his son's talent has been to marry or buy new female slaves, on the pretext that he wants to support the family with another genius of his strong line.

Although the rest of his peers and elders looked down on him, they supported him in his decision... Who knows? That lucky moron might do it again and bring them another genius!

Unfortunately, his attempts were always unsuccessful. in the span of five years, he had 12 half-brothers and sisters for Robin, and none of them showed any unique talent But this did not prevent him from continuing his heroic attempts.

"Good morning father" replied Robin, still smiling, "I just finished my retreat today and decided to go out for a little walk, do you need me for something?"

His father came closer, smelling of wine, "Hehe, I just wanted to ask you about your preparations for the competition, you'll be there right?"

"Wh-..?! Is this a joke? Damn, I knew you'd say something like that again, but the prize is a thousand gold coins and ten high-quality slaves!! Don't you know the value of the money? Even my monthly allowance doesn't exceed fifty gold coins!!" Robins' father shrieked, his face flushed red as if he is about to pounce on his son

"I don't need money, as long as I'm under 16, the family would provide me with the training resources and basics I need, Why should I waste my time on such a petty thing without any motive? I'm not that free"

"If you don't need the money then win it and give it to me! Your old man's expenses have been increasing lately, you know hehe."

"...sorry father, I'm going to start studying the heavenly laws, and I can't waste my time on anything else."

he finally reached the limits of his patience and raised his hands, ready to hit his son's face. "you disobey your father again, you vile thing..!"

forgive me if you found a writing mistake ^^ English isn't my native language, but i will make sure the following chapter will always be better.