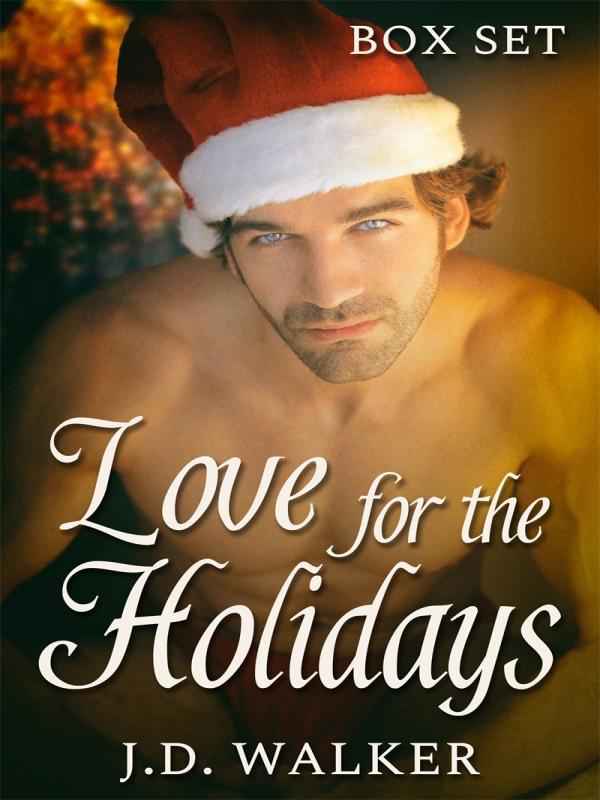 Love for the Holidays Box Set

Seven of J.D. Walker's best-selling holiday gay romance stories in one box set! Contains the stories:<br><br><strong>And Good Will to All:</strong> When Lonnie “Mack” McDaniel returns to town after twenty years, Charles “Charlie” Mayburn is stunned. But he overlooks their past -- and the love he still feels -- and hires Mack for a job at his self storage facility. Charlie senses that Mack is hiding something, and finally discovers he’s homeless. Will the offer of a home be enough to heal Mack and let Charlie back into his heart—to stay, this time?<br><br><strong>Boyfriend Countdown:</strong> Milo Slowiak doesn’t do relationships, hence his little black book. Nelson Agnew, a frequent buddy in Milo’s bed, has been fine with that, too, until Christmas Day, when he changes the rules. Now, Nelson wants a relationship, and Milo has until New Year's Day to make his decision. Milo is upset, but he can’t erase the feeling that he could be missing out on something good. Should he take the leap?<br><br><strong>Grateful for You:</strong> Jared Gillespie left home five years ago because his boyfriend, Walt Schneider cheated on him. With a woman. What he doesn't realize is that Walt, the man he still loves was trying to tell him something, which Jared figures out after his mother convinces him to come home for Thanksgiving. Harsh truths are revealed and second chances become possible. Something to be grateful for.<br><br><strong>Of Love and Feather Boas:</strong> Zachary Bodine can’t seem to move on from the betrayal of his ex, Maddox five years ago on Halloween. Lucius 'Lucille' Lombardi, a gorgeous drag queen is determined to change that. The plan? A few home-cooked meals, kisses, and Dinah Washington. When a surprise visitor appears on Halloween night, Zachary has to choose: let the past rule his life, or don a feather boa and grab hold of Lucius.<br><br><strong>Paulie and the Wedding Bell Grouch:</strong> Paulie Hajek loves weddings and enjoys working for a wedding planner. What isn’t enjoyable is dealing with the wedding planner’s brother, Van Tremaine on a daily basis. Paulie’s heart was broken by Van a year ago because he wouldn’t commit to something permanent. But now, Van is up to something, and Paulie’s not sure if it will end up being everything he’s always wanted, or a disaster.<br><br><strong>The Hippie Whisperer:</strong> Carl Neilson meets his match in Ben Brooker, an artist with questionable fashion sense and a garish hairstyle. Ben calls things as he sees them, including the way Carl uses his college-aged son Chester as a crutch. The truth is hard to take, but it forces Carl to look at himself in a new way. And in the end, a willingness to find love in unexpected places might be enough, in spite of it all.<br><br><strong>A Hippie Independence Day:</strong> Carl Neilson and Benjamin “Ben” Brooker are total opposites, but they’ve made it work for over a year. Carl has made great strides in letting his son Chester live his own life, though he’s still being stubborn about getting rid of the Hawaiian shirts. This Independence Day, Ben will stop at nothing to get Carl to open up to him, and maybe make some fireworks of their own, in the process.