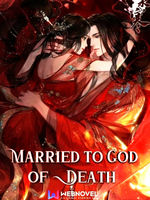 It was an unbelievable surprise for Feng Zixin to be suddenly thrown into a world where he didn't even exist...in the body of a stranger, his soul became trapped...there was no turning back, even if he wanted to. Zixin was able to pull himself together until he discovered he had been married to an unknown woman named Yu Yan, who claimed to be the daughter of a powerful mage. Her father offered her to him as a ritual sacrifice. That lowly mage thought he could obtain black magic power by offering his daughter to the underworld god...a heinous act!

Zixin decided not to kill that innocent woman and instead took her in as his wife. But that was just the start of his misery... Heaven's gods were hesitant to accept his decision to marry a human in the underworld. No matter what one believes... Heaven and the underworld were places where only gods could reside... Alive beings were not permitted to enter... Zixin was dethroned as god and banished to the mortal world alongside Yu Yan. From there, his only goal was to triumph over this injustice, reclaim his position as god of the underworld, and discover the reason for his reincarnation in this body.

But things did not go exactly as planned...he was obligated to look after Yu Yan, who was so delicate and troublesome.

We have read the love stories of main protagonists but this is a love story of antagonist. He who will fight for her against whole world. A story focused on male lead's view.

Note: This my imaginary creation of netherworld and their deities, it has nothing to do with myths and religious beliefs.