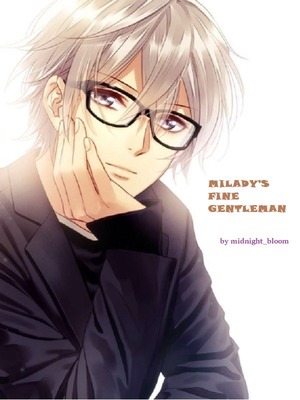 -----
“Alright.”
“I better go now. I’ll be fine on my own now.” She grinned again while fixing her hair, tucking it neatly under the cap and turning up the hood to cover half of her face. Her guise was complete. She knew that she would pass as a boy with her current look. So she uncaringly opened the door. With one last smile she thanked him again and left.
Just like that.
Chen Linyun’s peace and quiet has been perturbed.
‘Take responsibility, somehow.’ He said in his mind, to the girl who just left, eyes glimmering.
He gazed darkly at her fading silhouette but did not do anything anyway.
-----

Chen Linyun had spent the night together in a dorm room with a drunken girl he had mistaken for a boy when he was still eighteen years old during his sophomore year in the university. Little did he know this short encounter will leave a mark in him, unable to let go of this woman who disappeared after that night. He was head-over-heels and had vowed to search for her in every part of the earth.

Five years later, they met again, but the woman he once knew wasn't the same as she was before. Just after a few years, she became a domineering leader of her own empire.

With his own charm, his adventure to chase the girl and convince her of his love starts in this story.

It's a reverse role that the MC is a bit soft and domesticated but smart, while the FC is the strong-willed one - playful and teasing.


Excerpt 2:
-----
“Deal.”
Chen Linyun stood up. “One more thing.” He grabbed her hand that was resting on the table. He gently guided it for her to stand up. She followed her lead and stood up, confused.
The next thing she knew, she was enveloped in his warm embrace. “I missed you.”
She blushed. She tried to push him away.
His left hand was cradling the back of her head while his right hand secured her lower back. She was held tightly in his embrace.
“Just a little longer.”
She was helpless. “I’ll sue you for harassment.”
“You wouldn’t do that.” He finally released her and stared at her blushing face.
“This time I won’t leave your side.”
------

For kind appreciation efforts to the aspiring writer, please go to the following sites: