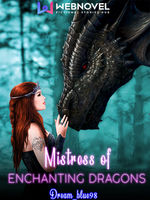 [Warning… Mature content.]
Seventeen years old Silja Castemont, a beautiful, prideful, and mysterious princess of Atlanea. The simple life of Princess Silja started to fill with questions a few days before she approached her eighteenth birthday.
Series of horrible dreams and unusual events made her simple life complicated.

But that wasn't all. She didn't know her act of helping an old guy would turn out to be a ticket to attend a bride choosing ceremony of the prince of the biggest kingdom of North.
What will happen when a princess is forced to attend the ceremony by the groom's Father?
Will she be able to find a way to escape this marriage?
***
Donovan Regalhelm, eldest Prince of the Northern Empire.
Handsome, powerful, cold-hearted, Evil.
His father forced him to choose a bride before his 28th birthday.

What will happen when a cold-blooded prince sees something interesting when he meets Princess Silja for the first time?

He forced her to marry him by all means but the reason behind it wasn't love.
What was so special about the princess of the small Atlanea kingdom?

***Excerpt***
The bride, dressed in a white wedding dress, was sitting inside the decorated wedding chamber.
Soon the door opened and she heard the heavy footsteps coming closer.
Silja lifted her head and saw his handsome profile hidden in the shadows.
"Stand up." He ordered in his usual heavy indifferent voice.
Silja gazed at him for a moment with her misty hazel eyes but followed his order anyway.
The dress was heavy, making her movements clumsy.
"Striped." He ordered as she stood up in front of him.
"Huh?" Silja snapped her head and looked at him in shock.
"I said, stripped all the clothes." He repeated
The girl was so shocked that she couldn't react.
"Ohh do you want me to help you? What a naughty princess we have here." He moved his feet and started to walk around her in a circle. He stood behind her and moved his fingers in the air and with movements of his hand the laces of her dress started to loosen up.
Silja felt her dress loosen and hastily tried to secure it.
He came forward after opening all the laces from behind.
And with just another snap of his fingers the dress fell on the floor.
"Nooo"
The girl's eyes were filled with tears but she refused to let them fall.
And in the next second all the fear disappeared from her eyes and rage took place.
In the next second the cloth on his body caught fire and the ashes flew in the air.
"Interesting." He smiled like a devil.

###
Hello, guys. Please support the book and add it to the library.
# Cover edited by ImagineTishaD.
The picture doesn't belong to me credit goes to original creat Anna stokes.