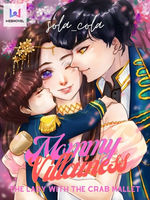 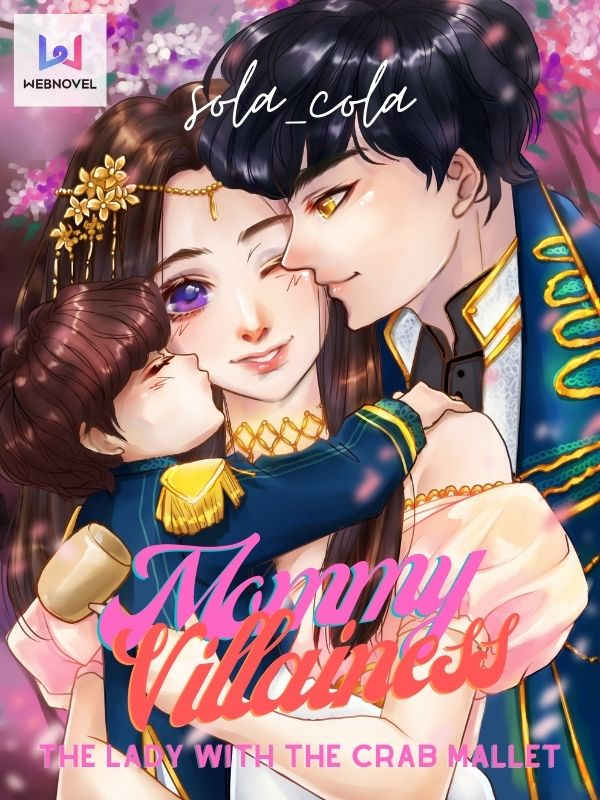 [Mommy Villainess (The Lady with the Crab Mallet)]
***
[Original book cover. Artwork by Artist Michiro for WN Author sola_cola.]
***
In Tilly's past life, she was a villainess who neglected her husband and son for power. Then, the "real woman of the prophecy" came and took them away from her. When she failed to seize the throne for herself, she was executed for all the crimes she committed.

Then, came her rebirth.

She wants to meet her son again so she vowed to be a good person this time. Good enough to seduce Captain Kiho--- her husband in her past life.

But soon, she realized that flirting with the captain is the least of her worry. After all, she discovered that her "evilness" in the past was caused by the true villain--- someone who wanted her dead to steal the special power that she didn't know she possessed.

Power that has something to do with the Four Ancient Beasts of the Moonchester Empire: The Red Phoenix, the Blue Dragon, the Golden Tiger, and The Black Serpent.

Apparently, she's the Beast Priestess...
... and her lineage isn't supposed to exist anymore.

Because of her blood, there are people who want her gone.

So now, aside from having a happy life with Kiho and their son, she has a new goal: to burn down the b*tches who want to ruin her family again.

Tilly thought to herself while sucking the crab leg suggestively. And then, she noticed that Captain Kiho gulped while staring at her mouth.

She didn’t know if it was the alcohol in her system or her desperation to have a child…
… but she suddenly felt like flirting with him.

They were bound to get married and have a child together anyway.

“Captain,” said Tilly as soon as she pulled the crab leg out of her mouth. “I can clearly see that we’re both attracted to each other. Shall we spend the night together?”

Kiho remained pokerfaced but she saw panic cross his now glowing yellowish eyes. Ah, the captain was flustered. “My lady, you seem to be really drunk.”

She walked towards him and when he didn’t move an inch, she stood in front of him and looked up at him with a grin. “Captain, are you the type of man who will only sleep with his betrothed?”

“That seems to be the case, my lady.”

He said that as if he was forcing the words out of his mouth. Plus, she could see in his eyes that he was conflicted– that it was hard for him to reject her.

[‘Aw, I didn’t know that I have this kind of effect on my ex-husband.’]

Or perhaps she just didn’t pay attention in the past.

“Captain, I have a solution to your problem,” said Tilly in a playful voice. Then, she stood on her toes and whispered in Kiho’s ear. “Let’s get married.”