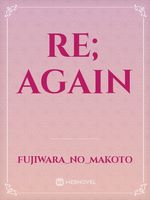 and a dying race, with only one Æthon being born for every two-hundred-thousand normal humans.

and of course, like the fucking retards they are, the government decided to use them as weapons. you know, basic human nature.

because of course when we have a finite amount of something we can't just leave it alone.

this, of course, lead some dumb fucker with a PhD in gene splicing, and a whole slew of other scientific bullshit that barely anyone understands, to try and make Æthons through artificial means.

and by some unholy bullshittery, it fucking worked.

eventually, as things tend to do, it went very fucking wrong.

and that kids, is why a good fifty percent of the population is made up of artificial people with superpowers that the government treats like dirt.