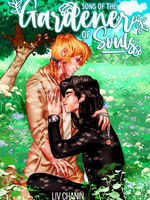 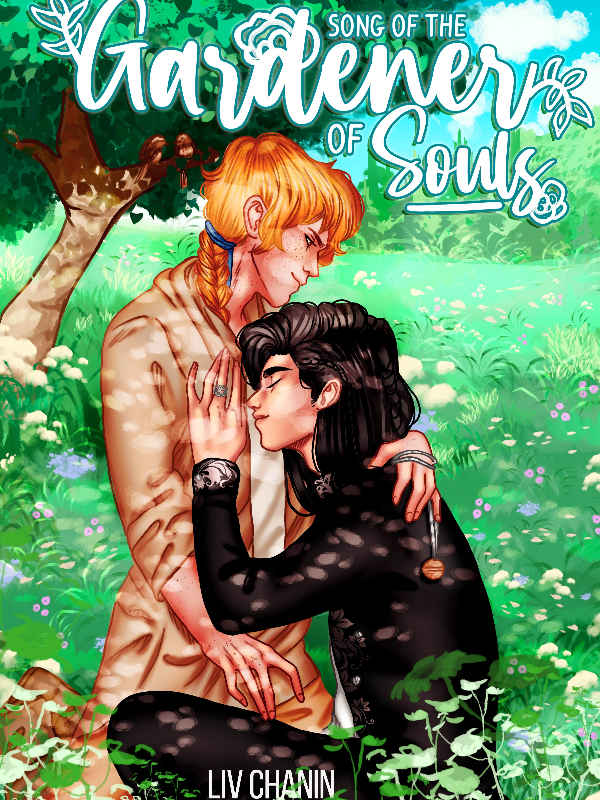 Song of the Gardener of Souls [BL] SOGOS

Rowan sees beauty in death. The Order he has sworn to obey only sees defilement.

As the reviled Caretaker of the Order, Rowan has accepted his role as a dutiful outcast because he believes it is the only way to prove his worth to the man who holds his sisters’ souls as collateral. Rowan works with death. With his magic and his voice, he can absorb it and transform it, but only in ways the Order deems necessary.

Order must subdue Disorder. Reality must triumph over illusion. He is tainted and always will be. Rowan has never questioned those lessons, but that changes the night he harvests a soul that is more than human and chooses to keep it a secret. When Rowan transforms that soul into a beautiful and mysterious man he names Wren, he is forced to accept that sometimes duty is a lie and illusion is the only thing you can trust.

When the fabric of the Order begins to unwind and a new kind of Disorder takes hold, Rowan will need to choose again. Stand with the Order that held him down, or forge a new path with Wren at his side. He may be the only one who can restore balance to the worlds, but only if he can find balance within himself first.

Note: This story starts as a slow burn, but I promise an epic romance and lots of swoon-worthy moments. When it does get steamy, you're going to need to fan yourself. I will mark chapters with explicit content.

Worth mentioning: LGBT/LGBTQ+, Danmei, BL, Sexual Content (Will be a slow build as part of the developing romance/plot between the leads.) This book is set in a non-heteronormative world, so you will see various gender identities/expressions and types of love.

Still reeling from the new magic that coursed under his skin and unsure of how to react to the desire that threatened to take control of him, Rowan froze. Wren's hot breath against his mouth sent a jolt of pleasure through his body, and he choked back a groan.

A different kind of panic flared in Rowan's chest, burning him as if he were the one on fire. This was what he wanted, what he'd thought about every night since Wren left. But wanting more was one thing. Acting on it was another.

He'd spent so much of his life hiding, he didn't know how to do anything else.

One corner of Wren's mouth twitched as Rowan pulled away. When he attempted to free himself from Wren's grasp, Wren just hauled him closer.

Rowan liked that he didn't have to think about what to do next. His bare chest thudded against Wren's torso, and the heat from Wren's body merged with Rowan's skin, melting him from the inside out.

"What did you just do to me?" Wren's deep voice vibrated against Rowan's chest.

"The Disorder of your illusion was holding you captive. I…I absorbed it."

"Oh? Where did you learn to do that? Have I been gone that long?" Wren's grip loosened slightly on Rowan's wrists as if he was satisfied now that Rowan was practically sitting on top him.

Rowan stared at Wren's lips. He opened his mouth to protest, but immediately closed it again.

"I know you aren't going to say that I shouldn't touch you." Wren's free hand splayed over the small of Rowan's back. "Not when you started it."

Rowan's breath hitched. "No. I'm not going to say that anymore. Not to you."

"I thought you were afraid to be touched." Wren's fingers traced a circle over the curve of Rowan's spine as if testing for a reaction.

"I know that I'm not afraid of you." Rowan waited for the panic to set in, but all he felt was desire. "With you, I want…"

Triumph flared in Wren's gaze before he narrowed his eyes. "Really? Then why are you still trying to get away from me?"