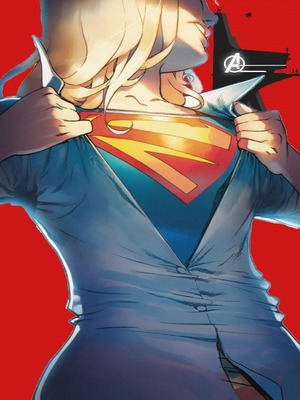 The sole survivor of the advanced Kryptonian race, Thara crashes down on a rather primitive planet called Earth. Adopted by a tribe called the Amazons and blessed by their gods, join Thara as she strives to fulfill her dream of bringing hope to the world.

"And who exactly are you?"

She certainly has her work cut out for her in this world.

This is my first fan-fic so all criticisms are welcome just try to be respectful, I'm fragile.

Things to keep in mind/Warnings:
This is primarily the marvel world with only a few characters and locations from DC. I don't actually know that much about DC at least not as much as I know about marvel tbh. so any DC character I add will likely be a bit OCC but I don't plan on adding too many in the first place. That being said don't expect me to completely follow the rules of Marvel or DC. Histories might be changed, powers might be acquired differently, etc.

As far as Marvel goes, it's going to be a mix of 1610, MCU, and 616 so don't go into this just expecting MCU. Also, don't expect this story to follow the MCU timeline perfectly. Things will likely be happening much earlier for some characters and much later for others. X-men stuff is going to take place in the late '90s for example.

Romance. Yes, this is yuri. If I ever write anything else it will also likely be yuri. The primary love interest is already decided, however there is a slight possibility of this turning into a harem after a certain character is introduced. Simply due to the nature of her character and how they meet it's a possibility I'm aware of but haven't actually planned for. When I get to that point we'll see what happens. At most the harem would be 3 girls with all 3 having been decided already. But, as of right now I haven't actually planned that far ahead so it could go either way. That being said at the time of writing this it feels like 2 is very likely to happen. Also, keep in mind relationships don't always work out. Sometimes people just aren't meant to be.