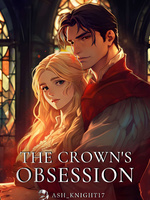 [Mature content] *No rape*
Despite her uninterest, Madeline Harris is dragged to the Hawthorne’s annual masquerade ball along with her older sister in order to find rich husbands. Madeline gives her best effort to spend the evening unnoticed by anyone, but a silver-masked stranger returns her missing handkerchief before requesting to dance with her. After spending the rest of the evening evading his eager, and arguably aggressive, approach, she returns home only to have a betrothal letter from the King arrive at her house the next day.

Enter his Royal Highness Calhoun Hawthrone, the narcissistic and self-obsessed despot of the entire Devon land, the silver-masked stranger, a man who never takes no for an answer because he never had to.

Coerced into agreeing to a union with the most selfish and evil man she has ever met, will Madeline find a way to escape his clutches and marry the tailor of her dreams before living the simple life she always desired? Or must she accept becoming the wife and queen of a man who treats people as things?

"Your bed is cold," spoke a voice in the room that had her eyes go wide in fear. Nervously, she turned around, gulping softly to see a shadow on her bed as if someone laid down there. The man who had been lying down sat up emerging out from the shadows where he had been waiting for her.

"What are you doing here?" she asked when his feet touched the ground and he pushed himself up to start walking towards her. His handsome features looked darker than usual because of the lack of light in the room.

"I went out for a walk," came the quick reply that had him smile, a smile that scared her the most.

She took a step back when he came close to her. It didn't stop him from cornering her, and her back hit the wall behind her. He raised his hand towards her face, and she closed her eyes, scared. She shuddered when his fingers trail down from her temple and her jaw and neck. Her blonde hair was left open.

"In the middle of the night?" she didn't answer him knowing he could decipher her lies through her words. He stepped closer that had her turn her face away from him and his words vibrated on the skin of her neck,

Disclaimer: The cover image does not belong to the author