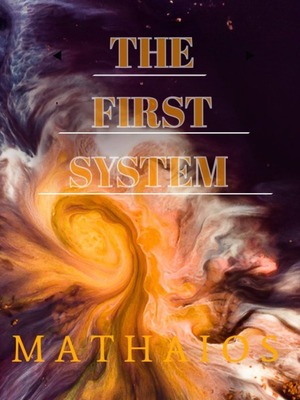 A First System that was disguised by a Father System? Ah, okay. What---?!

First the First System that ever discovered, was blackmailed to erase it's existence if she will not have a host in three days. Ever since she was discovered by the higher-ups that found her and searched how to create different systems, she is the only system who doesn't have a host, ever and it's been eons since they found her!

Because of that she is punished that her other functions such as being overpowered system, was restricted to use by her host, if she had. She was forced to use some system roles that needed to repair, have a special mission, and needed to create. Due to this, she saw a thirty-five year old man who was crying because of the death of his wife that led him to fall in the ground, and a seconds later, a car who is driving crazy fast did not notice the man who is sleeping loudly, immediately realizes that a man was sleeping in the road and tried to stop his fast speed but, unfortunately, it didn't worked, and the man died.

Seeing this, First, wanted to laugh but an idea popped up. Why would she needs to travel around the multiverse if this man is a perfect host for him? Then, she opened her virtual screen and scrolled the options.

Then, she clicked the last one with a huge grin.