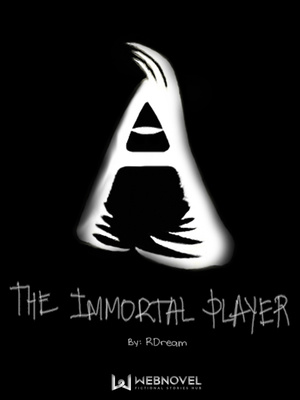 Chapter 1: Prologue 1: A Dinner with Family!

On a cold night in December, a young man arrived at their home and is slightly trembling as he knocked towards the main door. Whilst waiting for it to open, he combed his messy hair with his hand and wiped his handkerchief to his face, seemingly wanting to reduce the uncomfortable oil in his face.

Soon, clicks sounded from the wooden door and it was opened. He was welcomed by a woman who seemed like she was in her early 40s. Her smile paired with her brown eyes couldn't deny the happiness she had upon seeing the young man.

"I am glad you're safe! Come in and let's have our dinner" His mother replied as she left and headed towards their dining area.

As he enters their house, his attention was shifted to the living room, where an old woman and a man were watching the nightly news on the television. They, in turn, glanced towards them and stood as if it was a cue for them to go to the dining area.

"Oi-- Brat! Stop standing there and wash your hands!" His grandma, the old lady, scolded as she went past him, to their dining area. His father, the man, followed behind his grandma and simply gestured towards him to follow them to the dining area.

'The calm before the storm.' He thought as he forced a smile deep inside.

Without wasting another second, he washed his hands and followed them. Then, before they ate, he was tasked to lead the prayer before their meal.

Afterward, they took turns getting food, allowing his grandma to take her portions first. At this moment, his father started to 'interrogate' him about his day in school.

"How were your exams today?" His father asked.

"I think I did good, Dad!" He said as he thought deep inside, 'The simple the answer the fewer mistakes and the less likely that I would be scolded.'

"Good. But don't get too complacent. Nothing is certain until the results are released. If you fail in any of your subjects... You know what would be the consequence!"

"Why do you even need to wait for the results? Take those VR Games away from him! It would not benefit him in the future!" His grandma added as if deliberately adding liters of fuel to the fire.

"Don't worry, Ma... We are keeping a close eye on his grades." His mother said, and continued, "Besides... He is still young. He needs to enjoy his youth from time to time."

'Phew! Fortunately, Mom is always here to defend me!' He chuckled deep inside.

"Young?" His grandmother stared at him, and said, "Him? When Jon was 19 years old, he already started working as a part-time service crew in a fast-food restaurant just to be able to save money for his tuition fee. And Caroline... You're telling me that he is young?"

"Ma, that's not what Caroline meant! As long as Pedro's grades are good, we would allow him to do what he wants." His father explained, then he continued, "In the end, We can only guide him and provide for his needs. Whether he became successful or not in the future is all up to him."

"Don't worry mom, dad, grandma... I would always do my best and make sure that my hobby of playing games won't affect my studies." He said, interrupting everyone else.

But his grandma refused to yield and scolded, "Brat! You can't fool me with your sweet words. Go wash the dishes after we eat. I might get happy, at the least!"

Pedro forced out a smile as their dining area was filled with an awkward silence, once again. Hopeless, after a few seconds, he rubbed the back of his head and said, "Sure, grandma,"

In the end... He washed the dishes, even though they have a maid. Consequently, His grandma smirked when she saw him cleaning the dishes as if saying 'at least you have a use at home'.

After doing the chore, he was about to return to his room when his father called him to the living room.

"Pedro! Come here and have a look." His father waved towards him with his right hand whilst his left hand held pointed to the television.

In turn, Pedro glanced towards their television. Seeing that the news caption was somehow related to a game, he went to their living room and sat at one of the single-seater sofas. Then, he listened to the news with his father.

"Dorothy, Was it really true that the government would support this game called 'Bearth Online'?" A news anchor, who was inside a news studio, asked the on-site reporter that was doing live coverage in front of a government building.

"Yes, Lino. You see, everyone was shocked by this announcement from the congress. We all know that since the existence of the Virtual Reality games in the early 2020s, it was the congress itself that proposed several laws to avoid the negative effects the said games might cause to everyone, especially the young ones. So, I asked some of the Congressman earlier about this matter and they simply said that if it is within our constitution and it would benefit the lives of our countrymen, then they see no reason not to support such things."

"I see. Did you get any information about why did the Palace, specifically the President himself, supported this game?"

"We tried asking some Congressman, but all of them kept saying to wait for the announcement to be made by the Presidential spokesperson. I'll try asking around and see if I could get some information, Lino."

At that moment, his father glanced back to him and asked, "Do you know that game?"

"Not that much, dad." He said, "I saw a few reviews about that game on the internet. And most of them were just rants about how complex and difficult the game was compared to other VR Games."

"Do you have any guess why would the government support it?"

"I'm sorry dad, but..." He paused for a second, trying to remember the information that he read about the game.

"Wait, dad... I guess it has something to do about the new gaming equipment that would be first used in VR games. If I could remember correctly, they called it VR Box."

"VR box? Is it a box-shaped version of your VR helmet?"

"No... How should I say this?" He pondered for a second, then he continued, "It resembled a single door refrigerator where a player could lay down and play the game."

"It's nothing, dad. Goodnight."

Pedro left his father and went to his room. While he was walking, curiosity struck him as to why the government was going to support a VR game. These games were heavily restricted in their country. It was unusual for their government to suddenly 'switch gears' and side with these games.

After a few minutes, he finished taking a bath and went to bed. Fortunately, VR games can be played during sleep.

He took his VR helmet and connected it into a socket near his bed through a cord. Then, the VR helmet activated and he wore it.

He laid comfortably at his bed before saying, "Yes!"

Slowly, his consciousness started to fade. Seconds later, he woke up in a small and empty room.

[Welcome back to Dragona Online!]

Seconds later, a different virtual scene started to materialize around him. He appeared inside a throne room. Beside the throne were two red flags that had a yellow-colored word in it. "ARES"

"No one is around... Did they went out already?" He frowned.

He accessed his player interface and learned that only four of his guildmates were online. Hence, he contacted them through the in-game chat.

@Mr. Dark (In-game name of Pedro): Wazzup? What are you guys doing?

@Annie: Guild Leader! We're farming monsters. Do you want to join us?

Pedro joined Annie and everyone else and farmed mobs in a nearby monster spawning area.

"Gui~Gui~Guild Master! Isn't that a Dungeon?!"

Annie could only point to a warp in her astonishment. The warp was hundreds of meters away from them. The shrubs and trees around it have blended perfectly with the dark greenish portal.

"Gooooo!" Everyone shouted and rushed towards the dungeon in excitement.

Hi guys, It is my first time writing , I encourage everyone to comment if there is anything you can suggest, like if my writing is way too detailed or there is like confusing parts..

That's all, I hope you guys like this novel 'though, there are already too many novels like this.. lol'