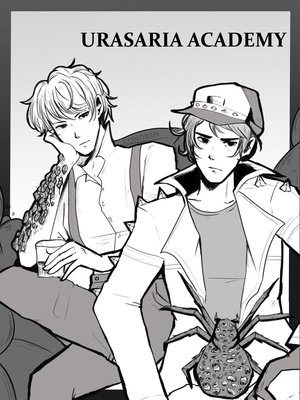 This is a character-based story with a cast of primarily LGBT+ women. Expect a heavy focus on character development, how they & their relationships grow and change, with a secondary focus on entertaining superpowered fights and plots. I would compare it to the Sam Raimi trilogy of Spiderman films, with a little more philosophical drama.

For a more direct example, some arcs are road-trip arcs, where the primary plot is merely "go from one place to another, kill anyone who attacks you on the way": but what's important is what you learn about the characters on the trip, and their dialogue.

During the Cold War, superpowers in the form of bacterial colonies growing on one's heart begin appearing around the world. A new class of law-enforcing "hosts" is established over the next decades, given legal immunity to deal with violent criminals however they choose.

In modern day, Mia Schultz is a young socially awkward lesbian. She's attacked by an unknown man and given the power to control a swarm of fire scarabs named Worldwide, and as she's forced to begin her new job at Urasaria Academy, she's pulled in to a mystery on Worldwide's true origins.

Aug 11th, 2020: Year One has been revised! You may need to restart your chapter; I apologize, but it's worth it. Optional summer arc has been posted.