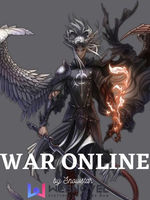 Willard is an early side character who became a stepping stone for the world's protagonist, Bran.
This average gamer real-life hidden identity is a runaway young master of the Scarlet Vultures, a powerful mafia group.

One day, he gets killed by the rival gang after getting found out and woke up in the past at the time when his life changed by two events, the death of his father and the release of the world's biggest VRMMO game, War Online.

"Oh! You are the young master of Paves Group? Boys, go and kidnap this trash and his father and lock them up"

"Oh! You want to challenge me 1v1? No thanks. Boys, just round him up and kill him for me"

"Did that guy used his large guild to bully you? Don't worry. Just pay us the amount in gold or real cash. We will take care of him and his so-called guild leader"