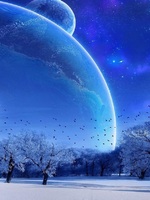 Dying at the hands of a person she loved, she, who had once loved with all her might, felt that the world was full of bleakness.

Having a new start, her new body had her gender hidden from the world at the time of her birth.

Free and unfettered, cold and aloof. Sadism is just another facet of her personality.

Nine Destan is the Crown Prince to a thriving Empire. To save her brother, she makes a choice.

What's hers, she protects. For those with wandering hands, lay off. Rather than being powerless to protect, she would rather throw herself in headfirst. Just when she thought everything would end, danger creeps and tribulations lurk.

The Male Lead, who ended up letting go of his morals and sexuality, "Even if I'm a male, I can make it work!"

Do not own the cover photo.

This story originally started off as a diversion from the original story 'The Captivating Crown Prince' for the first few chapters.