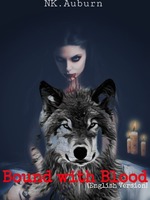 And that future leader is no other than yourself

As they fight each other, risking everything they've got to win over you

Which Clan will you choose ?


The Immortal Vampire Clans ? Those coldblooded killer, who hunts at midnight, one by one will kill you slowly, and might've torchered you before suck out all of your blood, leaving you either become one of them, or vanished in the air

The Mighty Wolf Clans, attack with groups, ripped their victims head off easily, and when it's full moon, you better watch out for those killing machine, cause once they attack, they can't and they won't stop that easily


Trying to make peace out of both of the clans ? And work together undefeatable, stronger for a better team

The fate of each clans is in your hands now, so Choose wisely