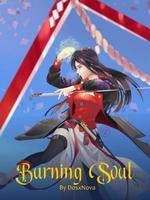 He was running through the thick, dark forest surrounded by nothing, but danger and right now he was being hunted. Rushing along the path while holding on to a delicate armament, ain’t a joke but, when it’s something you risked it all for, it’s worth it.
"Don’t let him get out of sight!” A shout echoed through, that nearly shuddered him. He was fast, but he had to take the lead, being caught by the soldiers meant nothing but trouble.
After entering a denser region of the forest, he used one of his exclusive skills. ‘Stealth’, and he vanished.
“What the hell? Where did he go! Find him!” He could see those soldiers conversing from a few branches above. Climbing that fast certainly helped him well.
Now he had to wait for them to scatter away, which they did in just a while allowing him to escape.
Entering a castle certainly proved to be a difficult task, but to him, it was just a daily routine. He walked right through the castle halls and entered a seemingly familiar room.
“Alas! finally, there’s no one on my back!” He thought, letting out a sigh of relief he entered the room but was caught off-guard as he was pinned by a girl, young and beautiful but rather stronger than him.
“Got you, Prince!”