My Knowledge Of Cultivation Is Completely Shattered - Fantasy

/ Fantasy / My Knowledge Of Cultivation Is Completely Shattered 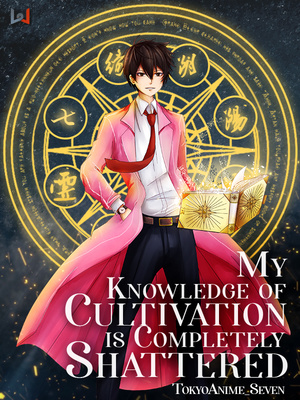 My Knowledge Of Cultivation Is Completely Shattered CCS

[Check out my other book it's way much better]


Grand Elder pondered for a while before posing out his answer, "Aryan, have you read any history books on the old ways of cultivation."

This is what Aryan got to hear from his gramps, on his fifth birthday.

Wang Huang, a genius venerable cultivator from the ancient era, died in an unforeseen accident while searching for his path to immortality.

After being stuck in a dark space for an unknown period, he took rebirth as the first son of Aditya and Anisa. Till the age of five, he was fantasizing of becoming an overpowered MC with a harem filled with seductive, voluptuous and alluring ladies.

But little did he know at that time, that the world of cultivation has taken many twists and turns over the past two millennia, and his past knowledge of cultivation is outdated!!!

Even though Aryan past life knowledge became trash in that new era, he didn’t give up on his dream of becoming an overpowered MC and continued his journey.

But again, little did he know, that the upcoming future events, starting from Cultivation, followed by Cross-dressing, Sci-Fi, Cultivation Technique………

Will keep on crushing him and his world view!!