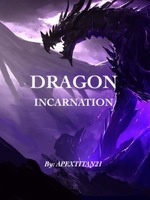 Tyler has never had an easy life ever since he was in elementary school, it was even a little unfair. One day his bad luck finally breaks and he discovers AlKo online.

A massive fantasy world filled with magic and mythical beasts awaits him. Numerous unfathomable threats and catastrophes stalk this world with ravenous eyes.

A new powerhouse is born and the major powers can't ignore him. His great ambition, which was suppressed in the real world, runs wild and his strength expands rapidly.

His ridiculous growth speed startles the gods and devils alike as he obtains everything and anything. All who threaten or get in his way are brutally put down. All who aid him only see great benefits and a bright future.

A legend is birthed...

This is my TEST release rate to see if I can handle it. I'm still a new author so need to see what I can handle.

I will try hard to abide by this release rate but I do have the stuff to do in real life so please bear with me if I’m late or I miss it.

NOVEL’S FUTURE:
This story is quite special to me because I’ve loved reading my whole life and I thought I’d give it a try. This is my first novel and I have big (and I mean BIG) plans with a really solid storyline planned out for its future. I truly don't plan on dropping this book or leaving it alone for unreasonable periods of time because I feel like I’ve invested too much of my energy and emotions to just give up on it.

FAKE WORLD CONCERN:
Some people are discontent with the fact that the world that the MC focuses on is all fake and virtual, but all I can say is that you shouldn’t be worried about that!! After all, I’m a reader too..... I know how you guys tick because I’m one of you so I would have similar feelings. Just wait and see what happens.

MORAL ALIGNMENT:
I believe readers get a little confused on the MC’s moral alignment (at least in the beginning) and I don't blame them, he’s a complicated fellow. He usually does whatever he wants with little care for the other party unless they interest and/or benefit him and his ambitions, or his principles or bottom-line get in the way. When he makes decisions, he can respond like a ”lawful neutral”, ”neutral good”, or ”chaotic neutral”. I would say he’s morally grey… His strong views on matters such as slavery and extremely unethical organizations such as the Archaic Church stem from past experiences in real life that will be explained. I’d have to say that the MC is in between an ”anti-hero” and an ”anti-villain”. The main force that drives him is his unnaturally large ambition and yearn for power, which strengthens his end game goal… world domination.

OCCASIONAL NAUGHTINESS:
Concerning the (+18) scenes and chapters, I don't go heavy on them. I mainly focus on the storyline with the occasional scene or chapter as a cherry on top! They’re short and sweet and I try my hardest to not let them be lacking, but also not dwell on them.

SINCERELY hope that you enjoy it!!!!!

(The title image isn't mine and if the original creator wishes to have the credit or for it to be taken down, please contact me through comments.)