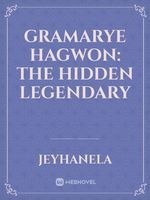 The Gramarye is a World that is magics TRULY exist. The Niveus Kingdom, known as the powerful kingdom of all kingdoms in Gramarye.

But one girl named SIZILLIEN SOLEIL SILVA, a commoner, a lowly magum inherited both of her parents power. Her parents died when she was 7. She became a houseless child, wandering around.

She became a Ater Huntress—Aters are the enemies of Niveus Kingdom—and the Little White Demon. She has silver-white hair and maroon eyes. Her parents was killed by the King of Nigreos Kingdom–the enemy.

At the young age, she fight the enemies of the kingdom. She joined force with the kingdoms in the Center Territory and got her revenge by killing the King Of Nigreos Kingdom.

After that, she lived peacefully in Humilis Village–the poorest village in Niveus Kingdom. But she thought she will live peacefully, unfortunately she will face a another journey when she and hee friends enrolled in GRAMARYE HAGWON, a school for only ROYALS and NOBLES!

Let us join Sizillien new adventure of her life!