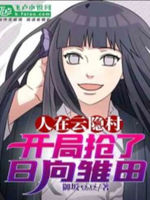 In Kumogakure after adopting Hinata Hyuga.

Hachiro transmigrated into the world of Shinobi, better known as Naruto.

He's reborn in the Raiden clan located in Kumogakure as the cousin of the Fourth Raikage.

As the 'darkness' of Konoha fights each itself, he cheers on as the Third Hokage and Danzo, slowly kill Konoha from the inside out.

Making use of his Lightning God system, he makes a name for himself in the Third Ninja War, and is gradually acknowledged as the ninja with the strongest lightning style!

After snatching Hinata Hyuga, he adopts her as his daughter and proudly shows her off to the rest of the world.

This is an edited version of machine translation, just making it clear.
MTL- https://mtlnation.com/novel/im-in-cloud-shinobi-village-grab-hyuga-hinata-at-the-start/

ps: I don't think I will edit past the Naruto arc (Chapter 200 or so), but I'll try to post two chapters a day.