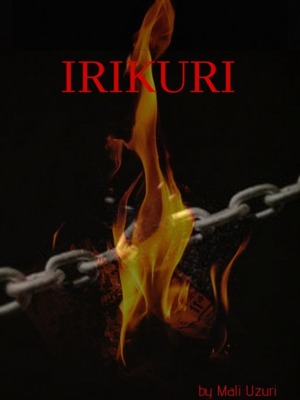 "That's none of your concern."

"If my location isn't my concern, then whose is it?"

"Mine, and I know, so you're fine." He finally was able to yank me on top of him. I elbowed his face trying to get up once again.

"Look, I told you already. I don't know what the fuck you think this is, but I am not the fucking one. Don't test me. Get your hands off of me or I swear to god I'll choke you."

"I'd enjoy it." the minute the words left his mouth I punched him in the throat then pressed my forearm into his neck as he sputtered.

"I told you not to test me. You may think you're crazy, but I promise you I'm crazier."

He smirked up at me and my stomach dropped. Maybe I was wrong.

Nani figures that her kidnapping is the worst thing that can happen to her. But when she uncovers something much bigger than her is at stake, she is thrown into a world of lies, fake love, seduction, betrayal, espionage, and danger. Time is running out for her to save millions of people, all while she deals with a lunatic who has decided he must have her at any cost.

If she wasn't crazy before, this would be her breaking point.

ATTENTION: If you think this will be that book where the female is okay with being beaten, raped, and treated like property, I am warning you. Nani is not the one. She will not play those games. IN THIS HOUSE WE DO NOT STAN RAPE, ABUSE, MISOGYNY, STUPIDITY, AND HEADASSERY.