Isekai For My Ex - Fantasy

/ Fantasy / Isekai For My Ex 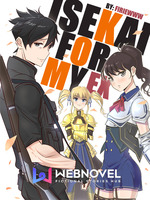 Isekai For My Ex IsekaiEx

Andrei is an average guy who find peace in his daily boring life with his girlfriend but
when she died from an illness, his soul was shattered into pieces with feeling of powerlessness and guilt, but even still, Andrei keeps on living his daily life for her, putting a facade, that even he doesn't know who he was anymore.

He lost more than half of himself when he lost her.

Years after her death, while working on a project, he finds himself waking up in another world filled with fantasy and magic one can only find in manga or anime. Upon walking around, he stumbles into an incident where he tries to save a girl in peril.

Exhausted after his heroic act, he loses consciousness and wakes up again in an unfamiliar place where he suddenly becomes the fiance of the Queen of the Kingdom of Ethareri, he tries to knock himself out of the dream, but he finally realizes that it wasn't, he then finds Claire, a docile-looking flat-toned girl having little to no presence at all inside his room without knowing that she was there already from the beginning.

Follow Andrei as he embarks in an adventure full of comedy and tragedy, as how the new world teaches him valuable lessons such as forgiveness, as he, an ordinary human with no power at all, uses only his wits, memories and determination to try and stand up against the invasion of the evil races, saving his newly found love, friends and the world he was thrown into.

In the end, will Andrei choose to stay in the world he have fought for or will he go back to the world for a second chance to relive his daily boring but peaceful life by reviving his ex-girlfriend.