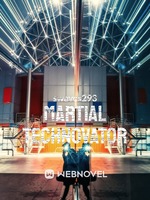 It is the year 2060. A scientist has created a ground breaking technology and built an empire off of it, only to mysteriously disappear.

A young man, Sylzone Godfiend wakes up in the year 3060. An AI assistant tells him he must find out what happened in 2060. He has no idea what is going on but learns from the AI assistant, Carmen, that the previous 99 hosts have all died mysteriously. He also discovers he is not the 100th host, but an anomaly, the 101th host.

Equipping a mysterious watch Carmen tells him about, he accomplishes many impossible things, including using technology to augment himself in mysterious ways, which he later learns from the group of a same name, that such people are called Techno-mancers'. However, while the techno-mancers are mostly about peace, Sylzone ventures down the martial path, becoming a martial techno-mancer

With shadowy forces working in the background towards a mysterious goal, Sylzone must use his new technology to dismantle them and figure out what happened to the scientist. He slowly learns that they are connected and much worse.