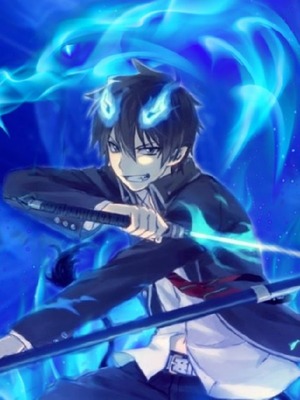 My Life in Blue Exorcist Mlibe

[The first 7 or so Chapters are for those who haven't watched/read Blue Exorcist. They're skippable if you want however some things may not make sense if you do so, so take this advice with a pinch of salt.]

Before he knew it, he was already there. There was no meeting with God nor was he killed by Truck-kun. He just randomly arrived into the world with no warning and took over the body of Rin Okumura, the Son of Satan and protagonist of Blue Exorcist. After being hit with unknown memories and almost losing his personality, he decides to fight against the events of the future and make the most of this life compared to his previous.

Though he ignorantly thought events of Canon will only take place, he'll soon find out that everything is not what it seems. Canon will crumble, new events will take place, new Characters with interesting backgrounds will appear, romance even though he didn't think he could love or receive love, mysteries and mythologies, friendships with those he never knew hr could be friends with, and finally the reason why he took over Rin Okumura's body.

[So this is the Author, just a little warning, the first 10 or so chapters are bad imo as I made them to distract me from irl stuff. Expect cringiness level: weeb.

Quality of chapters improves around chapter 18 where I start straying away from Canon. Yes, a bad idea if I want viewers but I didn't care at the time nor do I really care now but I just don't want people leaving say they dropped the novel because it has a lot of similarities to Canon. it gets boring read the same stuff over and over again.

Of course, I will edit the cringey chapters once I deal with Uni work. This fanfic is my second priority unfortunately since uni is a must for me.

Credits go to the original creators of Blue Exorcist. I don't own Blue Exorcist nor do I own the cover, however, I do own my various OC's in the series.

Constructive criticism and ideas are much appreciated as they help me get better. Hope you guys enjoy the read.]