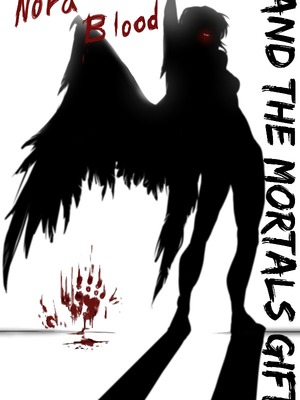 Nora Blood and The Mortals Gift

NEW-YORK TIMES:
Nora Blood, an deathrow inmate at Metropolitan Correctional Center, Chicago, escaped in an explosion during her death sentance procedure. No confirmed dead or injured, although it is suspected that a Jack Sulpher escaped in the chaos as well. If you see these two individuals, you are to contact the authorities imediately, as these two are considered extremely dangerous.


Nora is a teenager who has no idea of her parentage, as she has lived as an orphan all her life. One day, at her last school, something snaps, and she awakens standing on top of 23 dead kids, and was sentenced to death sentence.
On her death-day, however, something happens, and she finds herself in New York with Jack - a friend who was also in death sentence - and Nora's life changes forever when she finds out about a certain camp for people like her. A camp that supposedly housed many more like her, people who call themselved Demigods


Jack is special. He has secrets, secrets that he is not sure if he even should share, not even with his best - and only - friend, Nora.
His parenthood is a very exceptional example for a demigod, as it is a combination never quite before seen.

Once at the camp, weird things and visions start popping up, and now Nora doesn't even know if she even should exist. Meanwhile, Jack, who previously seemed more competent than most demigods, starts developing a difficult personal issue that might just kill him.

Book cover made my 'RueNoClue' on insta. She's a friend of mine, and she does commissions, in case any of you are interested ;)