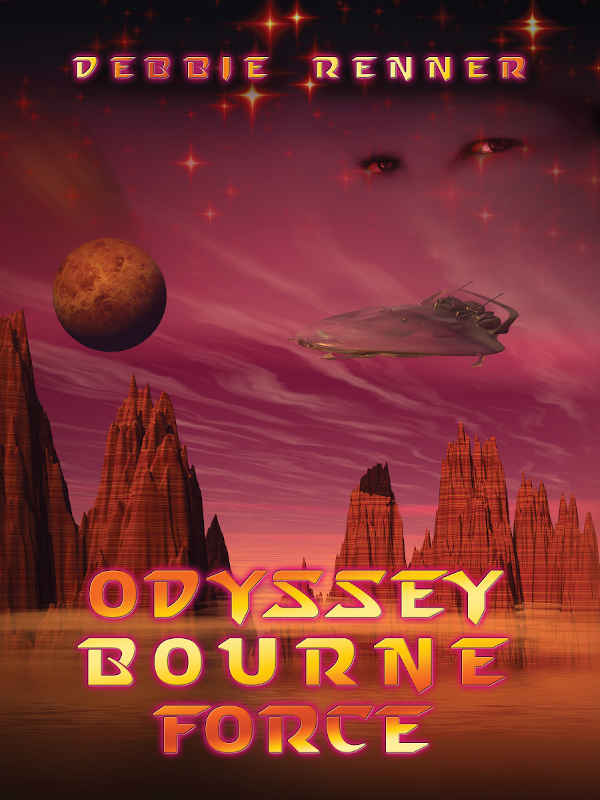 Author:
Deb Renner never really thought about writing, until lightning struck one humid evening in November 2005. She has scores of unfinished manuscripts of novels, short stories, poems and lyrics stashed away in cyberspace, ready to one day face a brave new world.

Until turning forty, Kate Willard’s life was predictable, organised and lonely. Then, unexplainable visions and dreams threaten her sanity. Believing she is going crazy, she desperately searches for answers.

Upon the discovery of a bloodstone, crude mental powers unlock inside her and lucid dreams guide her to Divisions — an extreme covert organization running a secret project; the Odyssey Bourne Force — so secretive, they deny their existence. Divisions possess an ancient stone portal, allowing for extraterrestrial exploration.

Kate reluctantly joins Divisions and falls in love with OBF team member Doctor Peter Reynolds, a brilliant archaeologist who excavated the stone portal in Egypt. Amongst his collection of artefacts is a second, identical bloodstone, which increases her powers. Together, they learn she is a reincarnation of an unknown ancient queen who somehow saved humanity from extermination six thousand years ago. Though this amazing feat resulted in a tragic price.

It seems the imperfect reincarnation process has left Kate with harrowing and disjointed memories hiding the vital truth.

Everything seems reliant on Kate - but who can Kate rely on?