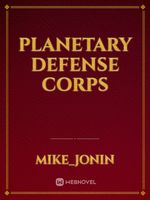 In the year 2700, Earth is viciously invaded and attacked by an unknown force.

The catch was, we were only slightly more advanced technologically and had won the war with extreme causality to ourselves; Earth’s population was brought to the brink of annihilation.

In the aftermath, most of Earth’s militaries, technology, industrial complexes, facilities, advanced heavy weaponry, war planes and battlecruisers were destroyed. Earth had practically gone dark and to its dismay, pockets of abandoned enemy forces still dominated sectors of the planet and continued as an active threat.

Commanding Officers of fragmented armies and battalions around the globe quickly initiated the Planetary Defense Corps program—a contingency plan that utilizes a blend of all available military personnel and a mandatory civilian-based infantry who are then immediately trained in ground assault and guerrilla warfare tactics as Earth’s only formidable answer to all remaining enemy forces.

The PDC’s objectives were simple: 1. To locate and eliminate all remaining enemy forces by any means necessary 2. To continuously and aggressively expand in number by mandatory recruitment of all able-bodied men and women to be trained and prepared to fight.

Lt. Astro Dean Llewellyn, a once helpless civilian now 3-year battle worn PDC marine, leads his own infantry platoon through known and unknown hostile sectors in attempt to carry out the PDC’s objectives.

What he discovers changes the fate of Humanity forever.