/ Fantasy / Reign: Return of the monarch 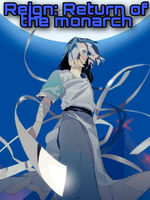 Reign: Return of the monarch RRM

Frank a proud successful young man, who from the slums fought his way to the top but still the big bosses and pot-bellied greedy men won't let him have his way, he dies in a car accident and is revived as an Imperial Prince Hai Rong.

Hai Rong growing up to be overpowered becomes the threat to the Jiang Hu coalition and much more that even heavens began to descend to get rid of him.

He became an anomaly that disrupts the flow the heavens have created.

Heaven and earth became his enemy this time not just some old folks, but still, will he deal with it Frank dealt with his, or Hai Rong is a different person?