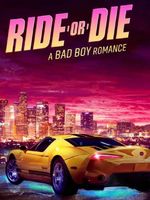 What will be the fate of Betty Lopez? Betraying! Lies? And also being a student and skipping classes just to see her boyfriend


THIS BOOK IS GENERATED FROM A GAME CALLED CHOICES
THERE IS NO SEX IN THIS STORY AND IT IS A SHORT STORIES
THERE WILL BE A RELEASE OF THREE CHAPTERS IN A WEEK
IT DEALS WITH CAR RACING, ROBBING OF CARS.
AUTHOR: ELIZABETHE
YOU ARE FEEL FREE TO GIVE YOUR COMMENT